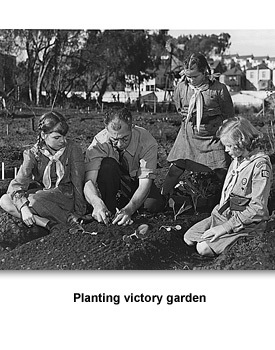 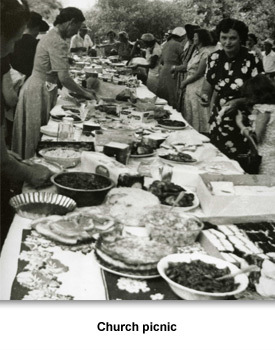 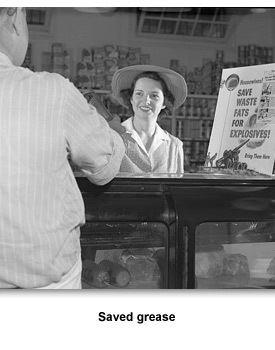 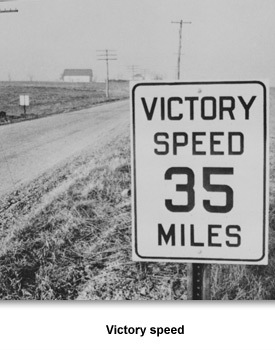 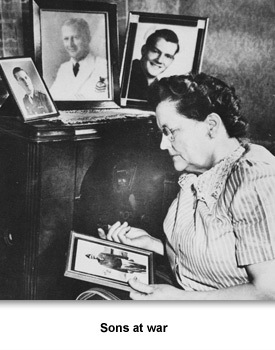 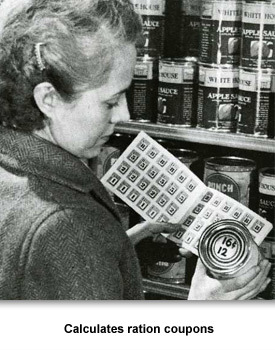 Life on the Homefront

During World War II, many Tennesseans left to fight in Europe or the Pacific. However, those who remained had important jobs to do for the war effort. The Tennessee homefront was filled with people working to help America win the war.
For many Tennesseans, the most difficult part of the war was their constant concern for loved ones serving in the military.
Families expressed their pride for servicemen and women by hanging blue star flags in the front window of their homes. This meant they had a family member in the armed services. No family wanted to have a flag with a gold star. This meant they had a family member who had been killed in the war.
Tennessee was a busy place during the war. Civilians found lots of ways to help win the war through everyday activities. They conserved resources, like metal, needed to fight the war. They bought war bonds to help the federal government pay for the equipment soldiers needed. They also planted “victory gardens” to grow their own vegetables.
With many troops stationed in the state for training, Tennessee families opened their homes to many lonely soldiers from other states.