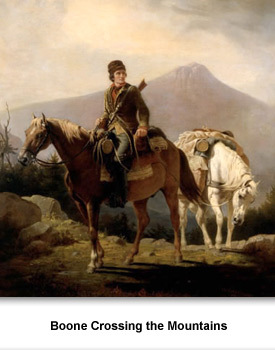 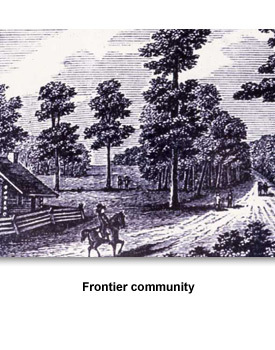 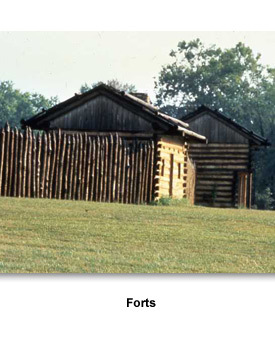 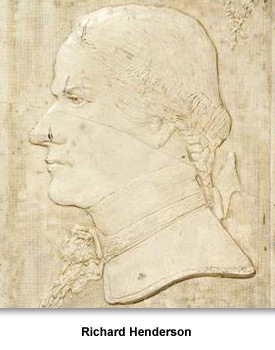 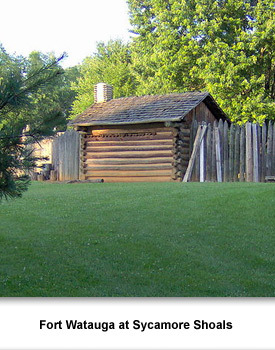 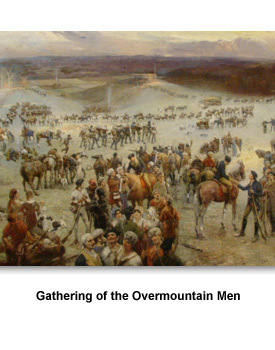 Between 1769 and 1771, four settlements were made in what is now East Tennessee.
William Bean had traveled in the Holston River valley with Daniel Boone on hunting trips. Impressed with what he had seen, Bean brought his family to the area. He built a cabin on the Watauga River near Boone’s Creek. Other settlers followed him there.
By 1772, there were more than 70 families living in this area which they called Watauga. Since they were living beyond the 1763 Proclamation line, the settlers were told by British authorities to leave their land. Far away from British forces, the Watauga and Nolichucky settlers instead decided to deal with the Cherokees for the land. They leased the land from the Indians.
The settlers, sometimes called the Wataugans, decided they needed written rules to govern themselves. They drew up “Articles of Association” to record deeds and enact justice. They formed a court of five justices to deal with daily disputes.
In a petition to the North Carolina legislature, the settlers explained their actions by saying, “Finding ourselves on the frontier, and being apprehensive that, for want of a proper legislature, we might become a shelter for such as endeavoured to defraud their creditors…”
Even through the royal governor of Virginia said that the Wataugans were setting a “dangerous example” of a government “distinct from and independent of His Majesty’s Authority,” the Watauga settlers were not yet committed to independence.
By 1774, the Cherokees were unhappy with their leases with the Wataugans. They asked the North Carolina governor to order the Tennessee settlers to leave (what is now Tennessee was then part of North Carolina). Most settlers ignored the governor's order.
Richard Henderson negotiated the Sycamore Shoals treaty with the Cherokees in 1775, purchasing more than 20 million acres of land in Kentucky and Middle Tennessee. This transaction, although later ruled illegal, opened up the middle of the state to settlement. The Cherokees eventually sold the land in Carter’s Valley and Watauga to the settlers who had been leasing it.
Taking advantage of Henderson’s treaty, settlers, led by James Robertson and John Donelson, moved to the French Lick, now Nashville, in 1779. They drafted the Cumberland Compact. The compact acknowledged that the settlement was part of North Carolina, but set up a provisional government until North Carolina could establish offices there. Until that time, the settlers were to be governed by 12 men, chosen by the “free men, over 21 years of age.” Eventually, in 1783, North Carolina established Davidson County with officials to provide government.
But many settlers were dissatisfied with North Carolina’s treatment of them. The distance between the state capitol in North Carolina and the far western settlements in Tennessee meant that letters could take weeks or months to deliver. Many settlers wanted their own state and would soon take matters into their own hands.
Click here to learn more about frontier justice.