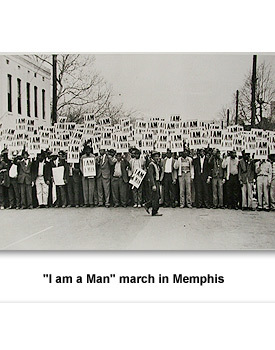 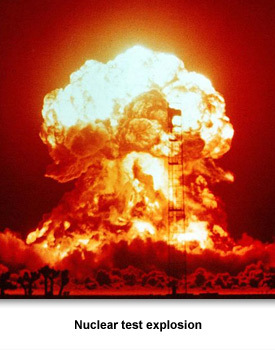 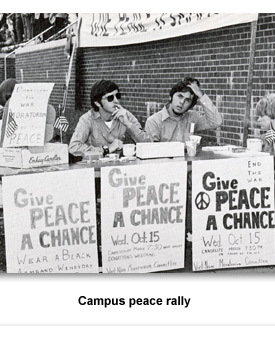 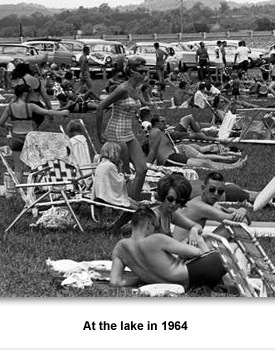 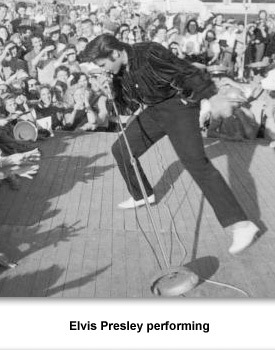 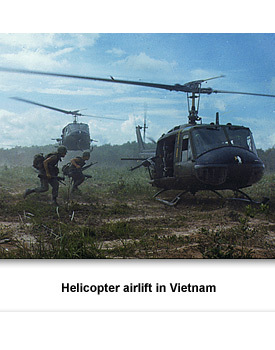 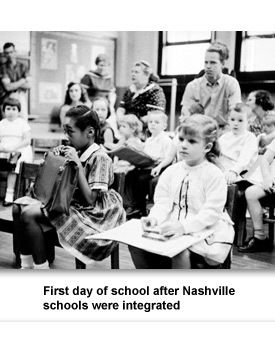 Between 1945 and 1975, profound changes occurred in Tennessee and the nation as a whole.

World War II helped set the pace for these changes as America found itself as the leading world power. Even as the United States faced external challenges from the Soviet Union (USSR) and China, social changes were happening at home.
Tennesseans, black and white, fought in World War II. When African Americans returned from the war, they had to face the same segregation as before the war even though they had fought for freedom for other countries.

They started working for civil rights both through the courts and through protests. Many whites would support them, guided by a sense of moral urgency. By 1975, the Civil Rights Movement had made great strides toward social equality for all Tennesseans even though much remained to be done.
The G.I. Bill of Rights meant that more people than ever before had an opportunity to attend college or technical schools.  Thousands in Tennessee took advantage of this benefit.

Women, after being an essential part of the war effort, were forced back in the homes as returning soldiers needed their jobs. By the 1960s women began to question their role responsibilities and why they were not paid equal to men.
Other social changes were happening at home. After the movement to cities in the first part of the century, Americans started moving out of cities to the suburbs . Automobiles became more important as a means of transportation between peoples' homes in the suburbs and their jobs in the cities.
People had more leisure time. The word teenager was first used in the 1940s. Youthful buyers became more and more important to sellers. Television became the medium which helped to define society.
And a young man from Memphis named Elvis Presley became the “King of Rock and Roll.” Other singers were helping to define rock and roll at Sun Records in Memphis. Meanwhile, country music continued to grow in popularity, and Nashville became known as “Music City.”.
Tennesseans were affected by these changing times, new technologies, periods of economic growth, and military and social conflicts. All of these served to create a new direction for the state as it moved toward the 21st century.