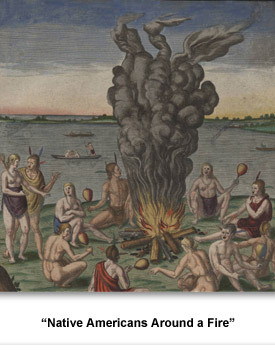 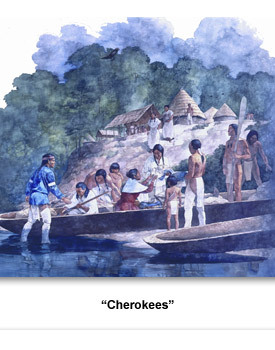 Early American Indians (sometimes called Historic Indians ) lived across what is now Tennessee when European explorers arrived. In some cases, contact between the Europeans and Indians was peaceful. At other times, it was not.
More and more Europeans began exploring the continent. Because of this, Indians, including those in Tennessee, would find their lives drastically changed.
Native Americans and Europeans had different cultures. They had different types of family, different styles of dress, and different religions.  Jobs done by men and women in each culture differed somewhat. Indians also had unique art, music, and dance styles.
European contact changed many Indian practices. For example, their style of dress became more European. Indians also used more European tools in their day-to-day life. They also began using European goods in their art.
Europeans thought that the Indian tribes had no government.  This was wrong. Indians had complex governments. Political disagreements, especially disagreements over how to deal with Europeans, led to conflict and division.
The British and the French had a great deal of influence over Indians through trade. However, Indians also had influence over the British and the French. They were often able to play the European nations against one another for their own benefit. This changed drastically after the French and Indian War.