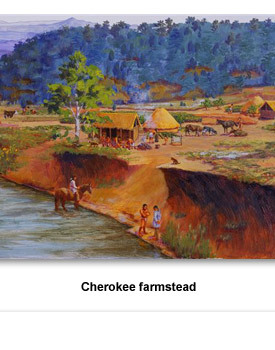 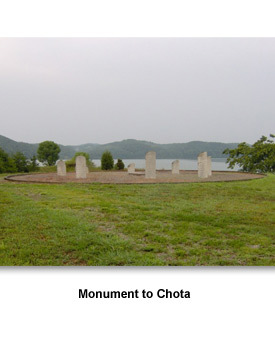 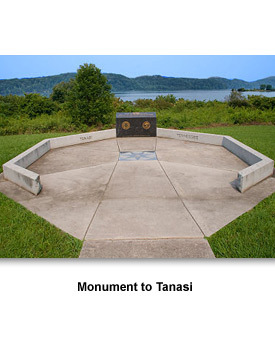 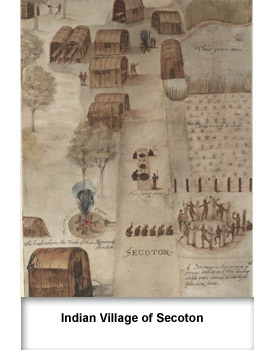 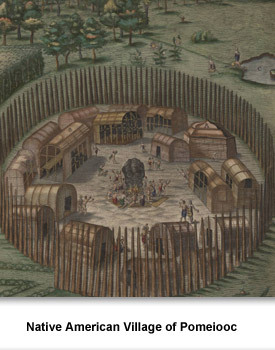 Tennessee Indian towns were situated in easily defended locations. They also had lots of fertile ground for growing crops, and plenty of space to hold rituals. Towns were the center of day to day existence. They consisted of several households.
In addition, each village had a ceremonial plaza and ball grounds, a ceremonial rotunda, and a council house for religious worship and government activities. Until the early 18th century, many towns appear to have had walls made from logs. Some larger towns even had forts.
Cherokee and Chickasaw towns were similar. They were mostly made up of scattered farmsteads and small settlements located in more remote areas. In the early period of exploration, a typical town was spread out over a big area.
After European contact, Indians began putting buildings within a town closer together for better defense. As towns developed and Indians began to rely more on agriculture, they also became more sedentary . Though they still hunted and trapped, the Indians no longer relied just on hunting and gathering for sustenance. Instead they planted crops and raised animals.
For information about the Cherokee town of Chota, click here.
For information about the Cherokee town of Toqua, click here.