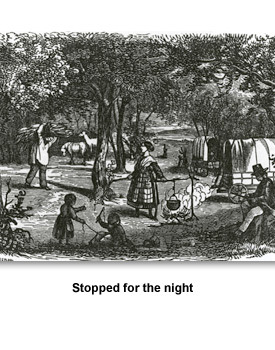 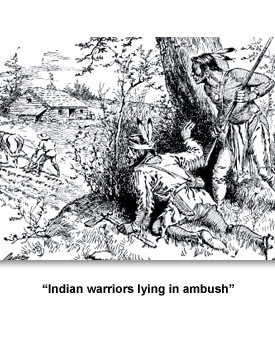 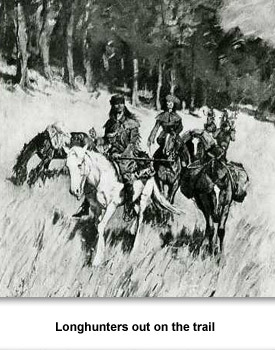 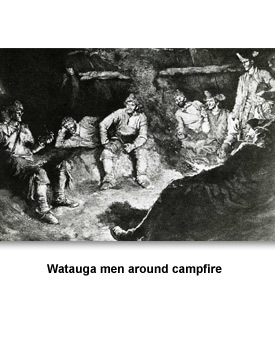 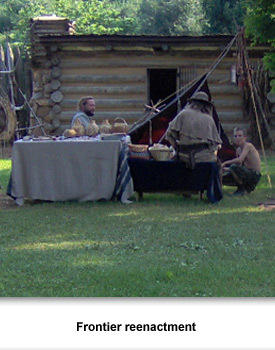 Living on the Frontier

Settlement began in Tennessee around 1768 as early pioneers in search of a new life and fertile farm lands crossed the mountains into the area which is now East Tennessee.
These rugged, adventurous people carried their meager possessions on horseback and in Conestoga wagons. They entered the state by following old Indian trails into river valleys.
These lands were already occupied by Cherokee Indians. And the early pioneers entered in violation of the English Proclamation of 1763, which forbid settlers from living west of the Appalachian Mountains. Through treaties, some of which were illegal, the Indians gradually ceded land in the state to the settlers so that by 1836, the Cherokees didn’t own any more land in the state.
Most of the early settlers came in groups with friends or families. Once here they depended upon each other for help. Frontier settlements, built near forts, were part of larger communities. Whites and blacks (whether free or slave) worked together for the sake of security.
Women formed friendships with each other to stave off loneliness when men were away. The settlers gathered together often for community functions and celebrations.
They focused on economic prosperity . They cleared land; farmed cotton, tobacco, and corn; transported and sold goods; and built industries around the state’s natural resources. The activities of the settlers transformed the landscape and had a dramatic impact on the lives of Indians.

Read more about the New Madrid Earthquake that happened in Tennessee during frontier times.