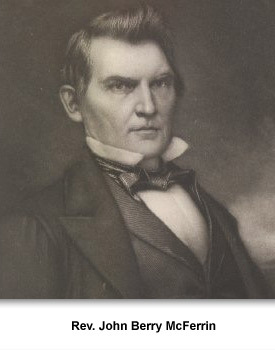 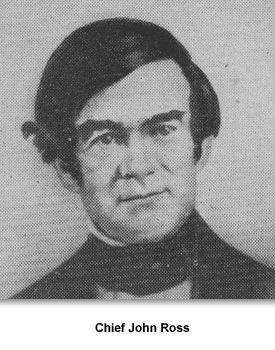 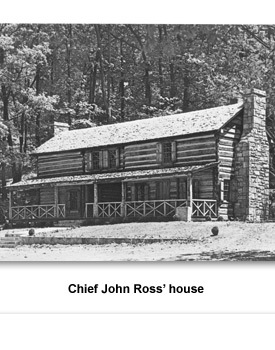 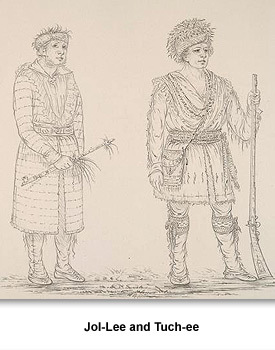 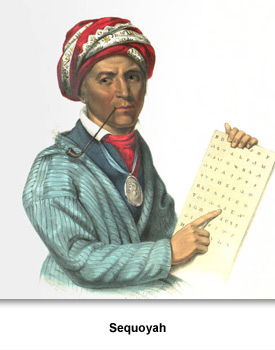 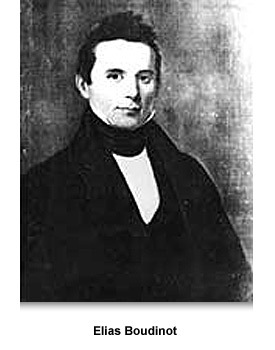 After 1820, the only Indians left in Tennessee were the Cherokees, located in the southeastern corner of the state. Along with Cherokees in Alabama, North Carolina, and Georgia, these people made up what they called the Nation.
Many of the Cherokees tried to assimilate or adapt to the white man’s culture that surrounded them. They dressed in clothing like their white neighbors and joined Christian churches. They established farms and businesses. Some Cherokee, however, still dressed in the same style and followed the customs of their ancestors.
A few Cherokees became wealthy slave owners. In 1835, Cherokees in Tennessee, according to one report, owned 412 farms with nearly 10,700 acres under cultivation, producing about 130,000 bushels of corn and 1,000 bushels of wheat.
In 1824, Elias Boudinet told an audience that Cherokees owned ten sawmills, 31 gristmills, 61 blacksmiths, 18 schools, and 18 ferries. Boudinet had been named a representative by the Nation, and was lecturing in the East trying to raise funds for Cherokee schools.
The Cherokees re-organized their tribal government in 1817 with the principal chief as the leader of the Cherokee Nation. They divided the Nation into eight judicial districts, each of which had a judge, marshal, and local council to apply Cherokee law.
The Nation’s leaders, like John Ridge and John Ross, encouraged Cherokees to educate their children. Some schools were built by northern missionaries. In 1817, Brainerd mission school was opened in the Chattanooga area. The teachers were missionaries from the Boston area.
At this school and one near Charleston, Indian girls were taught to cook, spin, weave, sew, mold candles, and sip tea using white customs. More important to the missionaries, the students were taught to read the Bible. In this way, it was hoped that the girls in the future would raise their children as Christians.
Sequoyah
Illiteracy, or the inability to read, almost disappeared among Cherokees after Sequoyah invented the Cherokee language syllabary, or alphabet, in 1821. His invention of the syllabary was the first written language of any North American Indian tribe. Young and old alike soon learned to write and read the words they had been saying for years.
Sequoyah was born in Monroe County, Tennessee. After serving with U.S. forces in the War of 1812 and the Creek War of 1813-14, Sequoyah was amazed that whites could communicate with marks made on paper. He decided to invent an alphabet for the Cherokee language.
It took him about ten years to come up with 86 syllables to use as the alphabet. Since the letters are based on sounds, once a person memorizes the letters, they could read or write in the Cherokee language.
Once the new written language was accepted by Cherokee leaders, the Cherokee Nation began publishing books, religious documents, and government documents in their new written language. The first newspaper, the Cherokee Phoenix, was published in 1828 in Tennessee with articles written in both Cherokee and English.

Read more about the syllabary at the Sequoyah Museum.