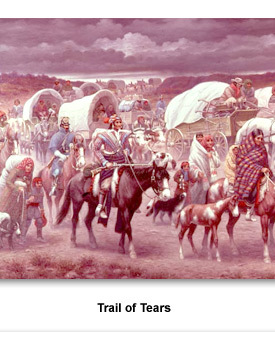 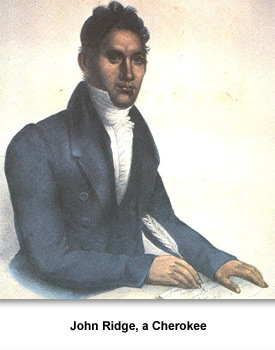 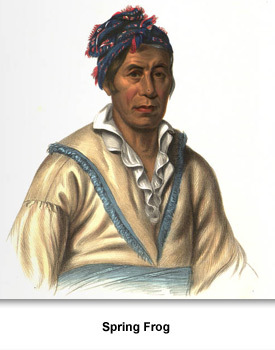 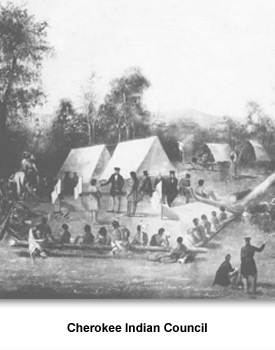 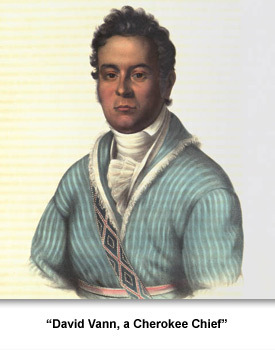 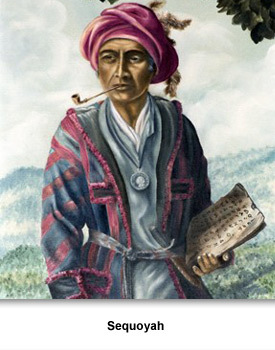 All of the land that is now Tennessee was once the territory of American Indian tribes.
During the 1700s and early 1800s, American settlers and the federal government made treaties with tribes like the Chickasaw and the Cherokee. These treaties caused the American Indians to lose most of their lands in Tennessee by the 1820s.
At this point, the Cherokees retained only a relatively small area located in southeast Tennessee. Other tribes that once lived in the state, like the Chickasaws, had lost all their land in Tennessee.
Some Cherokees chose to move west to escape being overrun by white settlers. A few thousand moved to an area now in Arkansas during the 1820s.
Most Cherokees stayed in Tennessee, Georgia, and North Carolina. They tried to fit in with the white man’s customs. They adopted their dress, language, housing, religion, and education. Many became successful farmers and businessmen.
Despite these efforts, many whites refused to accept the Cherokees living as a separate nation in the southeastern part of the country. They wanted to have the Cherokees’ lands for white settlers. Pressure to force Cherokees and other tribes to relocate west of the Mississippi River increased.
Many Tennessee politicians led by President Andrew Jackson favored removing the southeastern tribes to the West. Others, like David Crockett, opposed forcing the Cherokees to leave. While Jackson was president, Congress passed the Removal Bill of 1830. This law allowed the federal government to trade land in the West for American Indians’ current territory in the East.
The forced removal of the Cherokees from their lands in Tennessee, North Carolina, and Georgia did not take place until 1838. More than 18,000 Cherokees were moved to lands west of the Mississippi River after the Treaty of 1835.
Although exact figures are not known, historians estimated than more than 4,000 Indians died in the stockades or on the trail during removal. The Cherokees called it “The place where they cried.” Today we know it as the Trail of Tears.