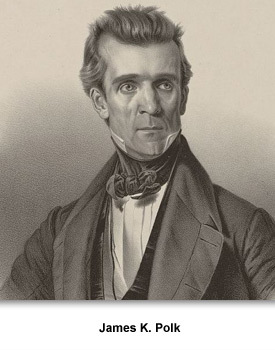 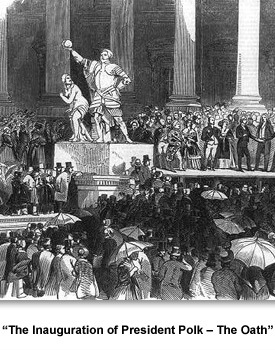 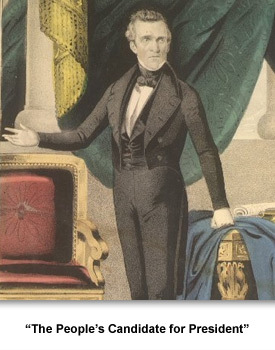 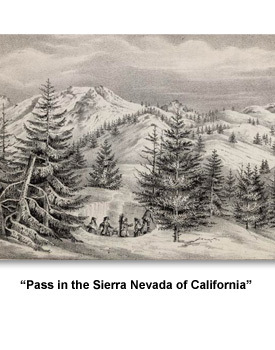 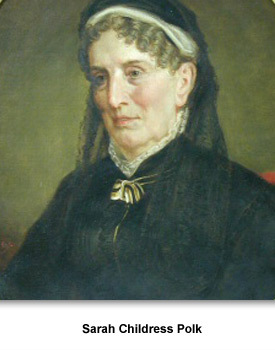 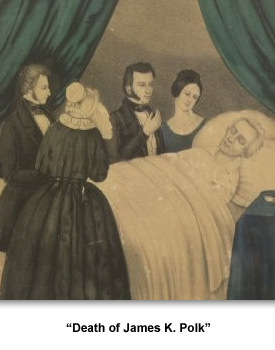 The Democratic Party chose James K. Polk as their candidate in the 1844 election. This was a time of great confusion and disagreement within the party. Originally Polk had tried to secure the vice president nomination.
To many people’s surprise, Polk was selected by the Democratic convention delegates as a compromise candidate to run for president. He was called a “dark horse” candidate. That meant that no one expected him to become a presidential candidate.
Polk said that in running for president he wanted to accomplish four goals. He wanted to:
Polk said if he accomplished those goals in his first term, he would not run for re-election. He did accomplish the goals. He kept his promise and did not run for re-election.
As president, Polk worked hard, beginning early in the morning and working through the evening sometimes.
Polk was particularly interested in increasing the amount of land in the United States. This happened in three ways during his presidency. First, the Republic of Texas requested to be allowed to join the union, and was formally was accepted as a state.
Then the United States fought and won the Mexican-American War. This allowed the U.S. to add much of the current Southwest and California to its territory.
After pushing negotiations almost to the point of war with Great Britain, Polk’s administration finally settled the dispute over the border between Canada and the Oregon Territory (present-day Oregon and Washington).
Polk also wanted to reduce tariffs, a kind of taxes, and create an independent treasury system. His administration accomplished all of these goals in just four years.
Slavery was an issue during Polk’s term. For the most part, Polk believed that the constitution allowed slavery, and that the Missouri Compromise of 1820 had established the geographical line whereby new states above the line would not allow slavery while those below would be slave. Polk thought new territories in New Mexico and California should not allow slavery because slavery wouldn’t be profitable there.
After he refused to run for a second term, Polk and his wife, Sarah, returned home to Tennessee in March 1849. Unfortunately Polk did not get to enjoy his retirement. He became ill and died in June 1849.
Link to James K. Polk Home (Columbia) website
For additional information about Polk, click here.