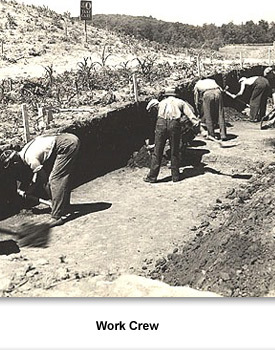 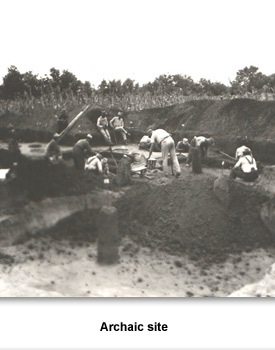 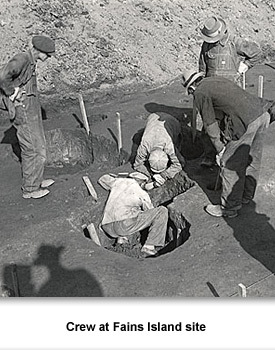 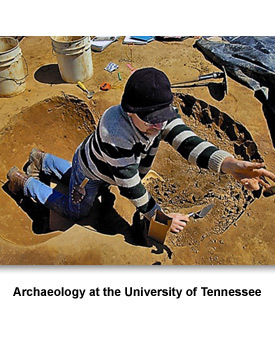 Archaeologists are scientists who study people and cultures.
They study artifacts found in the ground to learn about how people lived in the past. They are not geologists (who study rocks and minerals) or paleontologists (who study dinosaurs). They are anthropologists who study objects that have been used or altered by humans.
Today archaeologists have to go to college to learn about their craft. In the past, when there weren’t archaeological college courses, they were self-taught. One of the most famous American archaeologists was President Thomas Jefferson.
Jefferson is sometimes referred to as the “father of American archaeology.” He was fascinated with the Indians, and he created a methodical approach to excavation. Instead of randomly digging in an Indian mound until something was found, Jefferson cut a wedge out of the mound so that he could see how the bones and artifacts related to each other.
Another important thing Jefferson did was to keep detailed notes and drawings of everything he found. This methodology set the standard for archaeological excavations.
How Archaeologists work
Archaeologists research an area before they begin any work on a site. They will check to see if any previous archaeological surveys were completed in the area. Maps and historical documents are also valuable ways to gather information.
Next, an archaeologist will conduct a site survey. Scanning the ground and marking areas that might have artifacts with a flag helps the archaeologist decide where a test unit should go. Any artifacts on the surface of the ground are first picked up and saved by location where found. Small, measured shovel tests are also used to determine probable site locations.
Archaeologists then excavate in controlled, measured units. They sift all dirt they dig up through a small screen so that no artifacts are lost. This allows them to scientifically track all artifacts and information they gather.
After the excavations are complete, archaeologists analyze everything they have found and make conclusions based upon that data.
Here are a few other methods used by archaeologists when studying a site:
Ground Penetrating Radar (GPR) – GPR creates pictures of what is under the surface by sending radar pulses into the ground.   This is a way for archaeologists to study an area without digging it up and destroying it.
Carbon 14 Dating – C-14 dating is a method used to test the date of certain objects. All living things, including wood, have an element called carbon and a small percentage of that is radioactive carbon. Over time, that radioactive carbon will decay. Scientists call tell how old something is by examining the rate of radiocarbon decay found in the remnants of living things found on archaeological sites.
Flots – Some materials found on archaeological sites are so small that they need a special test to separate them from the dirt. Pollens and seeds, for example, would pass right through the screens used to check the dirt for artifacts. Flot tanks are used to “float” these particles to the top and collect for special analysis.
Underwater Archaeology – This is a branch of archaeology that studies things that are underwater. Scuba diving trained archaeologists study shipwrecks, remnants of structures and other submerged artifacts to learn more about past peoples and cultures.


First Tennesseans >>  Learning About the Past >>  Archaeology >>  Who Are Archaeologists?