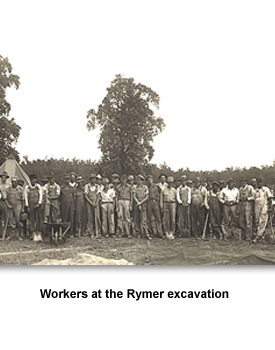 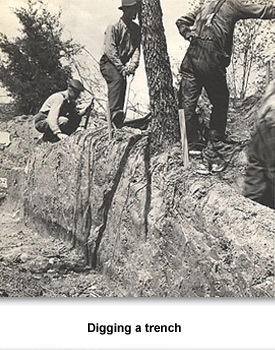 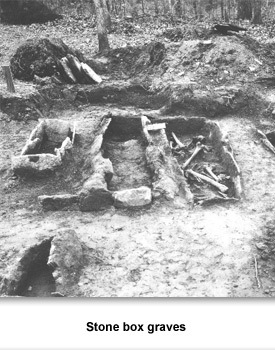 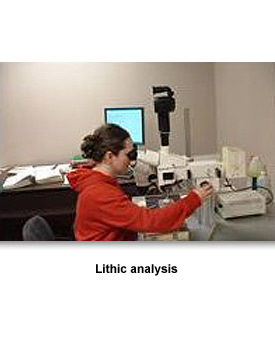 How do we learn about the past if ancient Indians did not have a written language?
Native Indians that called Tennessee home did not have a written language in which they could write down their life experiences.
How do we learn about their culture? We learn about their culture by the things they left behind, usually buried in the ground. These items are called artifacts. Artifacts are things like bones, pottery, tools, building materials, and other ancient remains that help us learn about the lives of these ancient people.
The study of the life and culture of people based on what they left behind is called archaeology.  Scientists who study archaeology are called archaeologists.
Archaeologists are interested in all aspects of ancient life. Most importantly they want to know how these people lived. What tools did they use? What kind of work did they do? What kinds of dwellings did they live in? How long did they live in a place? Why did they live there?

Archaeologists try to paint a picture of the daily life of these ancient people by studying the artifacts they leave behind.
But there is also one very important way they learn from these artifacts. Archaeologists are not only concerned about what type of artifact it is, but they also want to know where it was found. The location of the artifact might reveal an important clue about the Indians’ culture.
As archaeologists unearth artifacts, sometimes more questions are raised than answered. The archaeological process is always ongoing. There are always new questions to answer and different artifacts that reveal more clues.
For this reason, archaeology is like trying to solve a great mystery or trying to piece together a giant jigsaw puzzle with only some of the pieces. By finding more pieces of the jigsaw puzzle, archaeology gives us a better picture of ancient life in prehistoric Tennessee.

For more about archaeology , Click here for a kid friendly site.


First Tennesseans >>  Learning About the Past >>  Archaeology >>