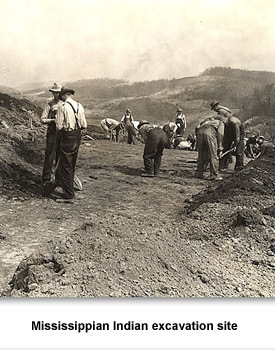 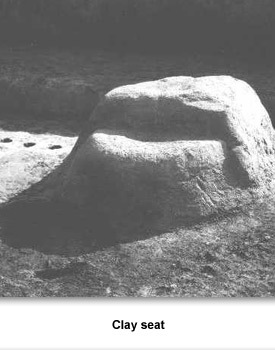 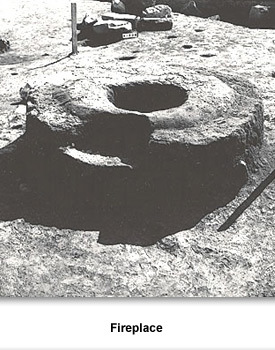 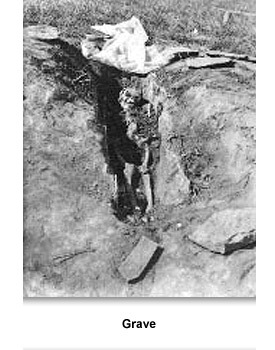 What Do They Find?

Archaeologists study the life and culture of people through the materials that they have left behind. These materials are called artifacts.
Artifacts are not just golden objects or priceless works of art. They are any object that was used or altered by past peoples. They are valuable because of the clues and information that they offer.
Archaeologists find many different types of artifacts when they dig. Here are a few examples of artifacts used to piece together the mystery of prehistoric life.
Stone artifacts
Sometimes referred to as lithics, stone artifacts are often tools that were mostly used for hunting or agriculture. The most commonly recognized stone tool is the arrowhead. Archaeologists call arrowheads PP/Ks. This stands for projectile point/knife.
PP/Ks were mainly used for hunting. Some were used as knives while others were attached to wooden poles to create spears or other weapons or tools. Stylistic differences between the PP/Ks are extremely helpful to archaeologists in their efforts to date the artifacts. Other stone artifacts include game pieces and ceremonial objects.
Clay artifacts
Also called pottery, clay artifacts are a fairly common type found on Indian sites. Pottery, like lithics, has very important clues for archaeologists concerning their age.
The “temper” of pottery is the stuff that holds the clay together. The Indians used different tempers during different time periods.
Many objects had intricate designs engraved or pressure marked into the clay. Some were painted. These designs can also tell us about the culture. Clay artifacts included plates, bowls, bottles, toys, jewelry and ceremonial pieces.
Animal Bones and Plant Remains
Animal bones and remains of plants give us clues as to what Indians were eating hundreds of years ago. Clay bowls may also have grain impressions that add details about the prehistoric diet.
Bones or floral samples are often charred or found within areas considered to be kitchens or food preparation areas. They can show us how long a group of people may have lived in a certain place.
Some Indian groups constantly traveled from place to place and did not practice agriculture while other groups lived in one place throughout their lives.
Daub
Wattle and daub houses were very common in southeastern Tennessee. Sticks and branches were woven and twisted into a framework (wattle) and -cover-ed with clay or mud (daub).
The wooden pieces of prehistoric buildings do not remain, but daub is found on many archaeological sites. Cane and reed impressions can sometimes be found in the daub.


First Tennesseans >>  Learning About the Past >>  Archaeology >>  What Do They Find?