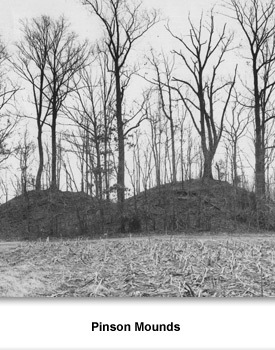 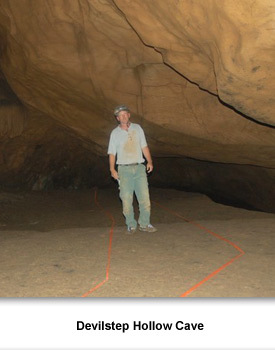 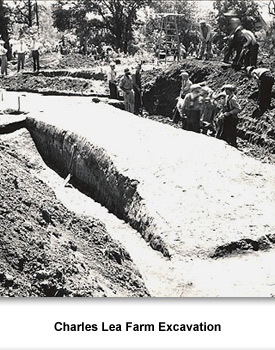 Prehistoric people lived across the area we now call Tennessee. We know this through archaeological finds.
When archaeologists find a place where people once lived it is called a site. A site is a place archaeologists are investigating or digging to learn about ancient peoples.
There are many sites in Tennessee. Some are small in size and others are very large and take many years to excavate(to remove or expose artifacts by digging in a systematic manner). In Tennessee, there is an official registry of sites maintained by the state's Division of archaeology .
Pinson Mounds in West Tennessee is one of these sites. It was inhabited by the Woodland Indians who used it as a place for ceremonies and burials.
Other sites were lived on for many thousands of years by many generations of Indians. These sites are called stratified sites. A stratified sites has many layers. The deeper archaeologists dig, the older the layers become.
The oldest layers reveal aspects of the oldest cultures to live on the site. One of these sites in Tennessee is called the Eva site in Benton County Tennessee. The Archaic Indians lived on this site for thousands of years.
Other sites are smaller such as the Anderson site in Williamson County. It was inhabited by the Archaic Indians on an ancient bend in the Harpeth River.
Each site no matter how big or how small reveals important information about the people that lived there. Where the artifacts are found on the site is also very important to archaeologists. For example, one artifact can be the key to understanding the site.
Therefore it is important not to remove artifacts from archaeological sites. If you think you have found an archaeological site, contact an archaeologist at a local university or museum or call the state's Division of Archaeology.


First Tennesseans >>  Learning About the Past >>  Tennessee Digs >>