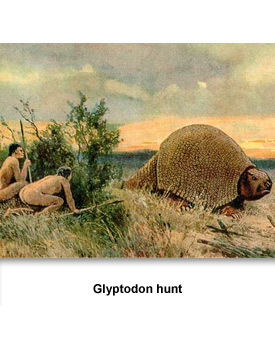 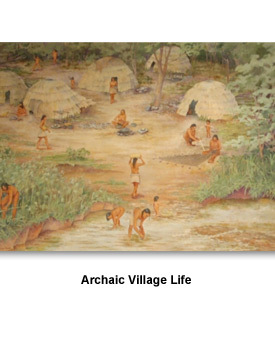 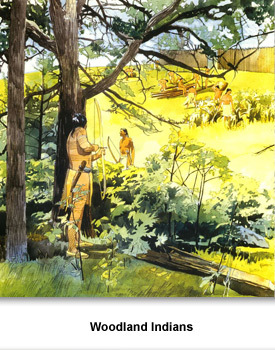 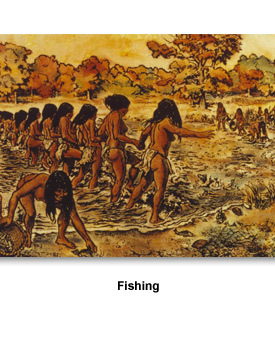 Who lived in Tennessee

Humans first entered the lands we now call Tennessee more than 12,000 years ago during the last Ice Age.
For thousands of years these native people lived in the state. In fact, Indians have lived in Tennessee much longer than any other people. During this time, Indians changed the ways that they lived. The way in which people lived is called their culture.
Archaeologists divide prehistoric Indian cultures in Tennessee into four major periods:
Each of these cultural groups had their own distinct way of life. The Paleo-Indians were the first known inhabitants of Tennessee. They entered our state over 12,000 years ago. They were hunters that followed migrating herds of late Ice Age animals like the mastodon.
Very little is known about the Paleo-Indians because most of the artifacts they left behind have been lost to time.
The Archaic people were different from the Paleo. The larger Ice Age animals became extinct so the Archaic Indians were forced to change their way of life. They were hunters/gatherers. They hunted smaller animals, and also gathered edible plants.
The Archaic Indians were innovators. They invented a new hunting tool called an atlatl which was a spear thrower. They also were the first people to introduce pottery to Tennessee.
The Woodland Indians developed out of the Archaic. Woodland Indians were Tennessee’s first farmers. They lived in semi-permanent settlements and developed vast trade networks that stretched all the way from the Gulf Coast to the Great Lakes and beyond the Mississippi River. They also built burial mounds for their dead.
The last major prehistoric people to live in our state were the Mississippian Indians. Many people refer to them as the moundbuilders because they built large ceremonial mounds throughout the state and southeast.
The Mississippians were highly dependent on maize agriculture, and they developed complex societies. They also left behind some of the most spectacular artifacts from Tennessee’s prehistoric past.
These four major prehistoric Indian cultures were part of a continuing cultural development very different but each one was unique. By studying the artifacts they left behind, we can learn more about ancient life in our state.


First Tennesseans >>  Who lived in Tennessee >>