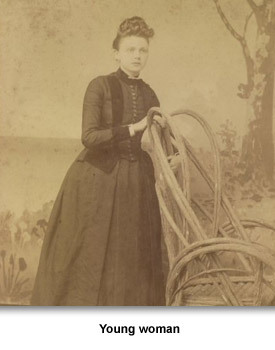 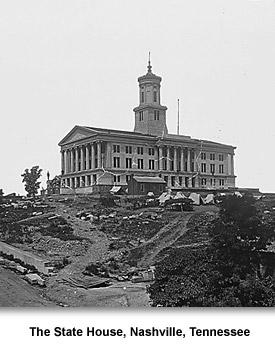 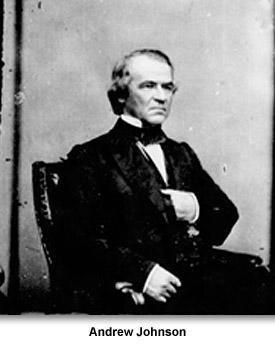 Reconstruction was a time of great change in Tennessee.  The most important change was the end of slavery.  In 1866, Tennessee became the first Confederate state to rejoin the United States.  Congress placed much of the South under the control of the federal military in 1867.

Tennessee did not share this fate since the state had rejoined the union.  Tennesseans struggled to learn how to live and work with each other under new circumstances and to rebuild communities damaged by war.

Tennesseans were national leaders during Reconstruction.  Abraham Lincoln’s vice president Andrew Johnson was a Unionist from Tennessee.  He became president after Lincoln was assassinated in 1865.  Disputes between Johnson and Congress led to Johnson’s impeachment—or trial by the Senate for breaking a law.

Tennessee was the first former Confederate state to grant all African American men the right to vote.  This happened in February 1867.  In August, Tennessee had the first election in the United States in which many thousands of African American men voted.  At this time no women were allowed to vote.  Many former Confederates were also prohibited from voting in Tennessee right after the Civil War.

At the end of Reconstruction, conservative Republicans and former Confederates regained power in Tennessee.  This had serious consequences.  They reversed many laws passed by the Radical Republicans.  They approved a poll tax—money that a person has to pay in order to vote.  This tax made it hard for many poor African Americans and whites to vote.