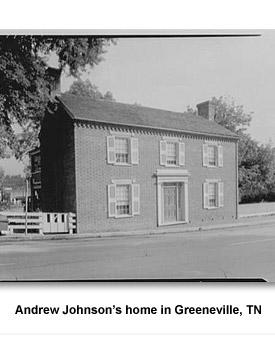 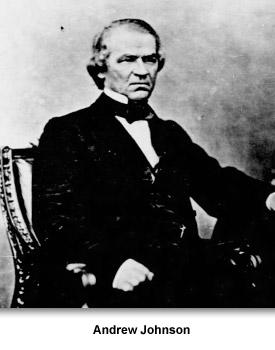 Andrew Johnson is an important person in the history of Tennessee and the United States.  He was born into a poor family in North Carolina.  While still a teenager Andrew Johnson worked hard and achieved success as a tailor in Greeneville, Tennessee.

Johnson became interested in politics as a young man.  He won an election for alderman in Greenville when he was only 20!

Johnson had a long political career.  He played important roles in the Civil War and Reconstruction.  He experienced both great success and failure.

Johnson became the first president to ever be impeached—tried by Congress for breaking a law.  Many people disagreed about Johnson and his policies during his lifetime.  Today, historians are still learning more about this controversial Tennessean.

To learn more about Andrew Johnson:

Tennessee Encyclopedia of History and culture