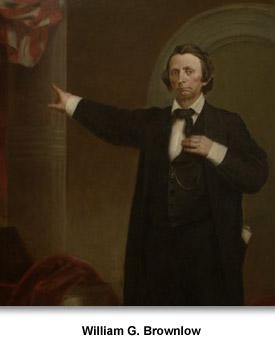 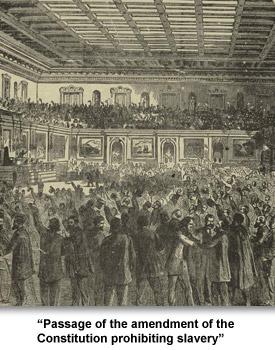 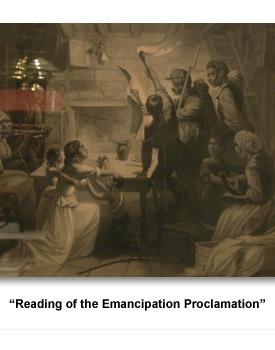 In January 1865, more than 500 Unionists met in Nashville. They began the process of Tennessee rejoining the Union. In April, they elected Radical Republican William G. Brownlow as governor.
Brownlow and other Tennessee Radical Republicans allied themselves with Radical Republicans in the United States Congress. They wanted strict measures for punishing all former Confederates. They also supported expanding African Americans’ rights. Radical Republicans in Tennessee and Congress often disagreed with President Andrew Johnson.
Governor Brownlow wanted to restore Tennessee to the Union. The state legislature ratified the 13th Amendment to the United States Constitution which outlawed slavery.
State lawmakers also needed to pass the 14th Amendment  which granted African Americans citizenship rights. This amendment was quite controversial. Many white Tennesseans were divided on this issue. President Johnson also opposed the amendment.
Some of the Tennessee legislators decided to refuse to attend the session when they were supposed to vote on the 14th Amendment. They hoped there would not be a quorum—a number of legislators required to be present in order for a vote to count.
Governor Brownlow found out about their plan, and he had two of the legislators arrested and imprisoned in the state capitol building. They were counted as being present even though they did not vote. The legislature did vote in favor of ratifying the 14th Amendment. Tennessee became the first Confederate state to re-enter the United States.
Radical Republicans favored reforms and worked to expand the role of state government.  They passed laws that created a state school system, fought the Ku Klux Klan, and supported improvements to the state infrastructure like railroads.
In order to pay for these measures, the Radical Republicans greatly increased state taxes. This was very unpopular.