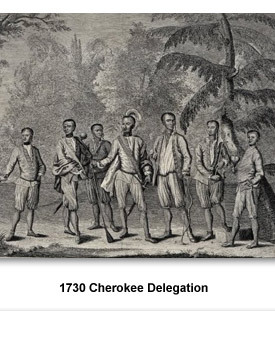 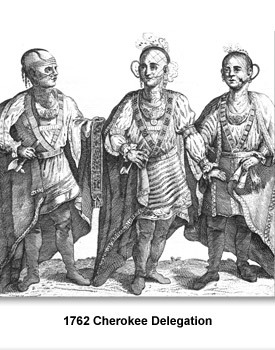 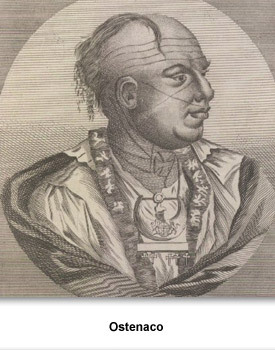 The French and Indian War

The War between England and France in North America began in 1754 and was later known as the French and Indian War.  Dig Deeper: Why was it called the French and Indian War?
England called on the Cherokee to fight on their side under terms of the treaty of 1730.  The Cherokee agreed to fight with the British against the French in Virginia, but wanted protection for their villages left without warriors to defend them. The British agreed to construct a fort in what is now Tennessee. It was completed in July 1757 and was named Fort Loudoun.
In 1758 Cherokees returning home after fighting with the British were ambushed by a group of Virginia settlers, who killed 20 of them. Under Cherokee custom, when someone was killed, his killer was executed by the victim’s clan. If the killer could not be found, someone else from the killer’s clan was executed.
Supposedly the Cherokee asked about the clans to which the settlers belonged and were told that all white people were one clan. Since the Cherokee could not find the killers, they instead attacked and killed white people they found in various settlements. To the Indians, they were merely enacting revenge according to their custom. To the settlers, who believed in British law of individual responsibility, it was wanton murder.
Oconastota led a peace delegation to Charlestown, South Carolina, in 1759. But the governor of the area put them in chains and marched them to Fort Prince George. The governor offered the freedom of the peace delegation in exchange for the Cherokee warriors who had killed the settlers.
Attakullakulla went to the fort and was able to negotiate Oconastota’s release. But other members of the peace delegation were killed by soldiers. An outraged Oconastota began attacking settlers and traders, resulting in open war between the English and the Cherokee.
Armed British forces invaded Cherokee land, but were turned back. The Cherokee, led by Ostenaco, captured Fort Loudoun in August 1760, and killed more than two dozen soldiers who had surrendered.
In 1761, the British army moved into Cherokee lands with more than 2,600 soldiers. They burned 15 towns and destroyed many crops. Indians were driven into the mountains without food.
The Cherokee, under Attakullakulla, again asked for peace. They met with the British at Long Island (where Kingsport is located). A treaty was agreed upon as the war between the British and Cherokee came to an end. However peace did not continue between the Cherokee and the settlers who were eager to move into frontier lands.
Read what Ostenaco said about peace between the British and the Cherokee.
For more information on the French and Indian War, click here.