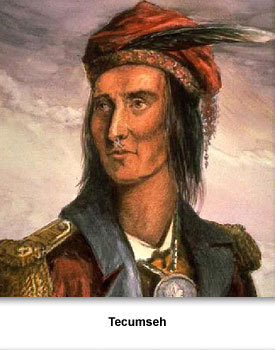 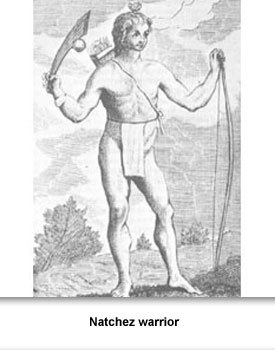 One of the most important Indian laws was retaliation. It was the responsibility of the clan to revenge any killing of one of its members.
Indians believed that a person’s spirit could not go on to the next world if his murder had not been revenged. It wasn’t necessary to kill the actual murderer; one of his clansmen would work just as well.
Before European involvement, Indian warfare was usually small in scale, usually over revenge. A raiding party from the Chickasaw might stumble upon a Cherokee and kill him. His Cherokee clan would then go to Chickasaw land and kill someone or perhaps two people in revenge. These deaths would then be revenged by the Chickasaw with the killing continuing until the tribes arranged a peace meeting to resolve the issues.
This caused an outbreak of hostilities between settlers and Cherokees in 1758 when a group of Cherokee were killed in Virginia. The Cherokee figured the settlers were all one clan and randomly picked some settlers to kill in revenge. The settlers, who didn’t have anything to do with the original killings, asked the military for help.  The fighting eventually resulted in the British Army burning down 15 Cherokee towns.
Men gained status through their ability to fight and to play games.  Before going to battle, warriors carefully prepared. They fasted and consulted priests to see if there were any bad signs. If there were bad omens, the man might not participate in the raiding party. Even on the war trail, warriors watched for omens in the behavior of animals or in dreams. If a bad omen appeared, the entire raiding party might go back home.
Fights over hunting areas in Middle Tennessee were common, especially if it involved the more warlike Chickasaws. During the early 1700s, the Shawnee living in the Cumberland Valley came under attack from the Chickasaws. There were also fights whenever Creek, Chickasaw, Cherokee or Shawnee hunting parties encountered each other.
In 1710 and again in 1745, Cherokees and Chickasaws united to remove the Shawnee from Middle Tennessee. Tecumseh, whose parents had lived in Middle Tennessee, joined his brother and a band of Shawnee to attack the Cumberland settlers. He tried to get Chickasaws and later the Cherokees to join with him to push the white settlers out, but they wouldn’t. Tecumseh was killed in the War of 1812 in Ohio while fighting American forces.
The French and English learned to persuade Indian fighters to participate in their struggles to control the region. Not only did the English and French use Indians to fight their war, they also encouraged the Indians to fight among themselves. Indian warfare increased after the Europeans came to America.