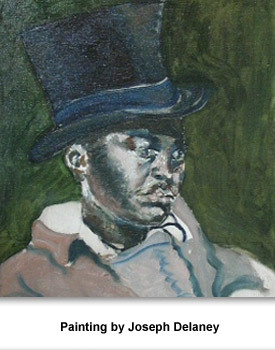 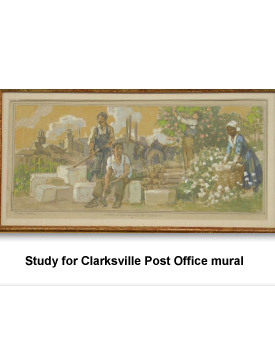 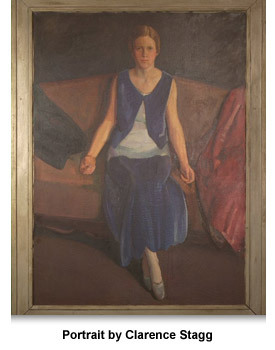 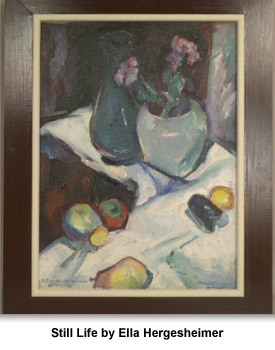 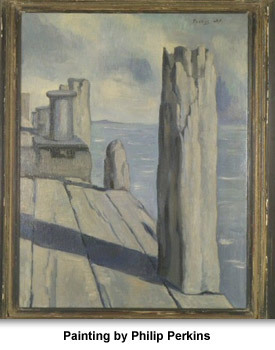 In Tennessee, the Treasury art program has had the most lasting contribution to the state through painted murals in federal post offices around the state.
Having an artist come into the community and paint a mural was probably very exciting to the local people. Many rural residents had not been exposed to public or private art showings.
Post Office murals
Most artists were chosen through national competitions to paint a post office. They were usually paid around $500 to paint one mural.

Some of the artists came from Tennessee, including John Fyfe, who painted the Camden post office mural. He taught art at Whitehaven High School in Memphis. Other artists came from different states.
Many of the post office murals focused on the history and experiences of the local community where the building was located. This specific community focus has helped make these painting popular even today.
The Jefferson City U.S. Post Office mural, painted by Charles Child, showed what the area looked like before the Tennessee Valley Authority brought dams and electric power. David Stone Martin’s mural in Lenoir City showed the impact of electrical power in rural East Tennessee.
The mural in Gleason, by artist Anne Poor, shows the importance of farming sweet potatoes to this community. Other WPA paintings are located in post offices in Lexington, McKenzie, Decherd, Mt. Pleasant, LaFollette, and Newport.
Other murals
Dean Cornwell’s murals for the Davidson County Courthouse in Nashville, painted in 1937-1938, are some of the most important PWA art in Tennessee. Cornwell was considered a major American artist.

Although praised by fellow artists, the murals were criticized locally because some of the figures were partially nude. (image: 81.210.1a) Cornwell later did mural projects for the John Sevier state office building in Nashville.
Other art was being created in the state during the Depression, although it was not the best time to sell fine art. Aaron Douglas, known as the father of the Harlem Renaissance, came to Tennessee as part of the PWA project to paint murals at Fisk University. He was named head of the Fisk art department in 1939, the first African American to be named as a department head at this predominantly black school.
Other artists
Clarence Stagg, born in Nashville in 1902, had returned to Nashville in 1929 after studying in the northeast. He opened an art studio and worked during the 1930s.  Charles Cagle, born in Beersheba Springs, Tennessee, studied art at Watkins Institute and Peabody College in Nashville. After a trip abroad, he returned to Nashville in 1931 where he opened a studio and taught art at Watkins.
Joseph Delaney, an African American born in Knoxville in 1904, also participated in the arts projects of the WPA, although by this time he was living in New York City. His brother, Beauford Delaney, also moved to New York City.
Other artists working in Tennessee at this time included Ella Hergesheimer, Donald Vaughn, Bertha Potter, Phillip Perkins, and Burton Callicott. Callicott painted murals in the Pink Palace Museum in Memphis as part of the WPA.
William Edmondson, one of the most noted African American sculptors, was also working in Tennessee during the 1930s. For information about his career, click here.