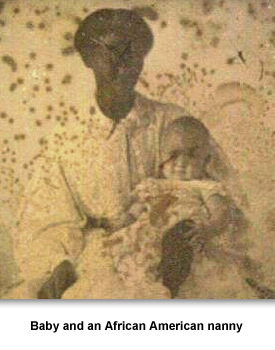 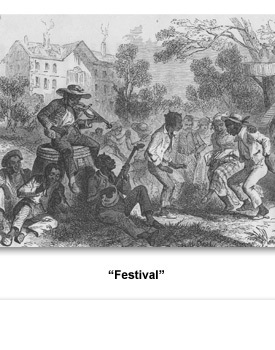 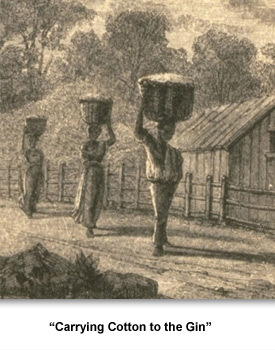 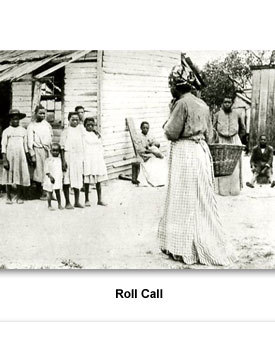 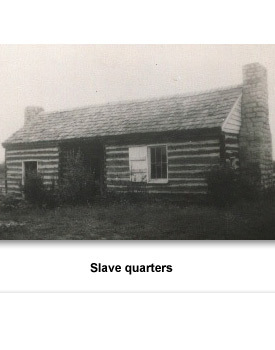 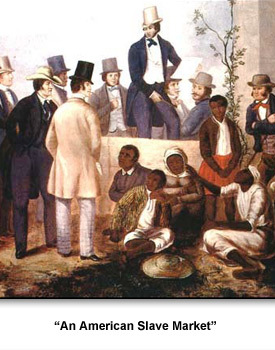 Slavery was a part of everyday life in Tennessee during this time. About one in four of all the people living in Tennessee in 1860 were slaves.
Although slavery existed throughout the state, most slaves lived in Middle and West Tennessee. The majority of African Americans who lived in the state were slaves. Twenty-five percent of white families in Tennessee owned slaves.

Dig Deeper: Why did most of the slaves live in the middle and western parts of the state?
About 7,000 free blacks lived in Tennessee. Though technically free, restrictive laws limited their opportunities.
Slavery was a very harsh system. Slaves were forced to work, without pay often doing tasks requiring very hard labor. Although many enslaved Tennesseans worked on farms, others labored in iron foundries or other businesses.
Slaves had few legal rights. For example, slave marriages were not recognized by law. Owners had the right to sell slaves whenever they wanted regardless of family relationships. Children could be sold away from their parents.
Owners could legally use violent forms of punishments like whipping their slaves. Although some individual owners believed they treated their slaves well, the whole system was unfair and designed to exploit the labor of slaves.
Read what Andrew Jackson did when an overseer killed one of Jackson's slaves.
Each person’s experience of slavery was different because of the power that individual owners had over their slaves. Even slaves with relatively good masters lived with the constant threat of being sold to pay their owners’ debts or as part of settling wills.
Technically, owners had almost absolute authority over their slaves. In practice, slaves resisted their masters’ authority in many ways. This resistance could be passive.

For example, Robert Cartmell was a young farmer and slaveowner who lived in Jackson, Tennessee. In the 1850s, Cartmell complained about his slaves a lot. He found that unless he personally supervised their work, the slaves did not do what he assigned them.
He wrote that one day he told them to bale cotton when it was very cold outside. The slaves made only a few bales. He was convinced they had been standing around a fire rather than working.  The slaves couldn’t confront him directly, but they could resist their slavery by not doing what they were told.
Enslaved people created their own unique culture and communities despite many obstacles.  James Thomas, a slave in Nashville, would visit slave quarters on nearby plantations.  He went to the Hermitage one year at Christmas and reported that slaves "commenced dancing in the morning.  Some played cards, while others would seek some isolated spot for cock (roosters) fighting."

Slaves were always present at Clover Bottom, a racetrack owned by Andrew Jackson.  Many of the trainers, stableboys, and riders were black.  After the races, they gathered in the nearby woods, barbequed chicken, drank whiskey, and "made the woods ring with noise," Thomas said.

Family relationships and friendships were very important. In some cases, slaves and free blacks together were able to build their own institutions like churches and informal schools.
Read more about slavery:
Slavery
Africans in America
Library of Congress exhibit African-American Odyssey
.