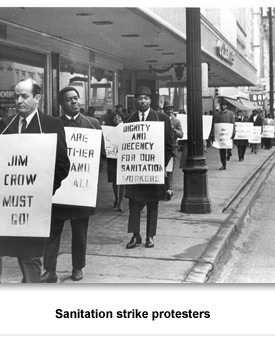 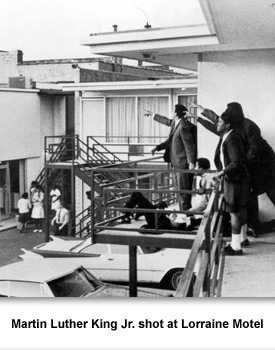 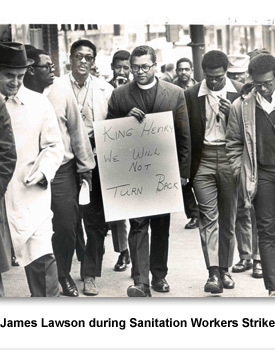 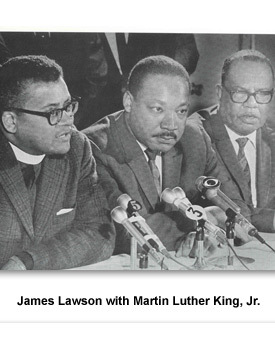 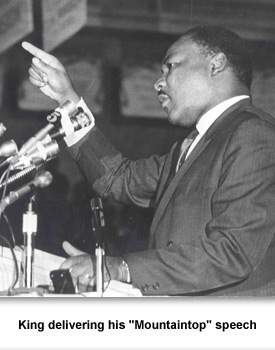 Several important gains were made by Tennessee African Americans by the late 1960s.

Since the state's legislative districts were redrawn to comply with court orders to make them more representative, more blacks were elected to office. Edward K. Brooke became the first black elected to the State Senate since the 1880s. Several African Americans held legislative seats in Nashville.
It seemed that progress was being made in Tennessee. Sadly, Memphis would be host in 1968 to the Civil Rights Movement's worst tragedy.
In February 1968, black sanitation workers in Memphis went on strike. The strike occurred after supervisors sent blacks home without pay during a rain storm while keeping whites on the job. Also, adding to the workers' anger, two black workers had recently been crushed to death by a garbage compactor.
Mayor Henry Loeb refused to negotiate with the workers. A march was held during which strikers and supporters were beaten by police.
James Lawson, a leader in the Nashville sit-ins then living in Memphis, asked Martin Luther King, Jr., to lead a march in Memphis on March 18. On that day, some 15,000 protesters walked downtown carrying signs reading "I Am A Man."
During the march, some protesters turned to violence. Protest signs were thrown through windows, and several stores were looted.  One sixteen-year old boy was shot to death and 60 other protesters were wounded.
Shaken by the violence, King promised to return to Memphis for a second march. On April 3, 1968, King, who had received death threats, delivered his last and one of his most moving speeches at Mason Temple church.
As thunder, lightning and driving rain shook the auditorium, King told listeners he did not fear death.   Watch a video of part of King's speech.
This text will be replaced
The next afternoon, King was shot to dead by a white man, James Earl Ray. Ray was a racist, but his motives in killing King were never clear.
King's death sparked riots in cities across the nation, including Memphis and Nashville. King's death led to a quick end to the Sanitation Strike, but workers only received a marginal pay increase.
The national Civil Rights Movement splintered rapidly after King's death.  There was no one who could take his place as a national leader.
The Civil Rights Movement had many successes.  They had integrated schools.  Jim Crow laws disappeared.  In 1965 before the Voting Rights Act passed, only two percent of eligible black voters were registered to vote across the nation.  By 1975 that number neared 60 percent.
Perhaps the most important success of the Civil Rights Movement was that blacks gained dignity and a sense of freedom, even if economic problems remained unsolved. The movement may have ended with King's death, but its spirit lived on in the memory of Tennesseans who participated in it.
For more information on the sanitation workers strike, click here.