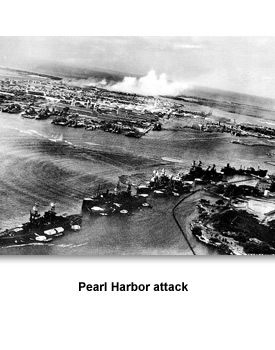 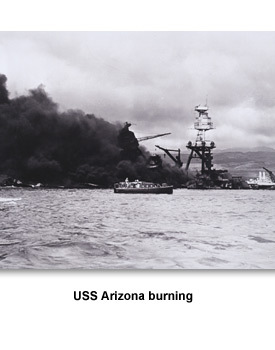 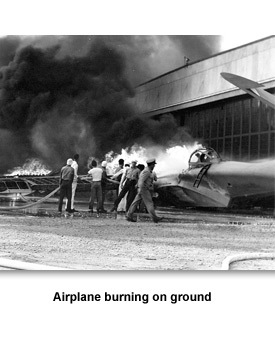 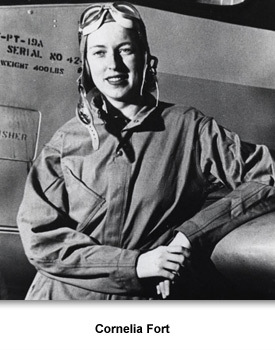 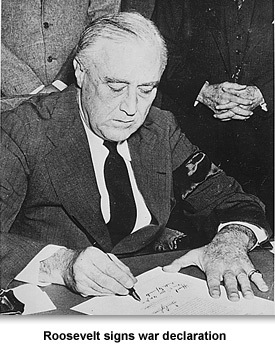 Even though Americans knew that war was getting close to American shores, most were still shocked when the Japanese attacked the U.S. naval base at Pearl Harbor on December 7, 1941.
It was early Sunday morning in Hawaii when Japanese planes started dropping bombs and torpedoes on U.S. ships. The American military was not prepared for an attack. The ships were lined up side by side where an explosion on one ship could cause damage to others.
Within a short time, five of eight battleships were sunk with the rest damaged. Most of the airplanes were destroyed on the ground. More than 2,400 Americans died.
During the attack, Nashvillian Cornelia Fort was flying above Hawaii, giving a flying lesson, when she looked up and saw Japanese planes coming straight at her plane.
"I jerked the controls away from my student and jammed the throttle wide open to pull above the oncoming planes," Fort described later.  She landed her plane safely on the ground with bullets splattering around them.
Many Tennesseans heard about the attack on a radio news bulletin. Many felt surprise, fear, or anger at the news, and all knew that the attack meant war. No American alive that day ever forgot where they were when they heard about the attack on Pearl Harbor.

Listen to a radio broadcast news bulletin about Pearl Harbor on December 7, 1941.
http://tn4me.org/audio/pearlharbor-bulletin.mp3
The next day President Franklin Roosevelt addressed Congress and asked them to declare war on Japan. On December 11, 1941, Germany and Italy declared war on the United States, and Congress declared war on them.
Dig Deeper: Why did Roosevelt ask Congress for a war declaration?
Listen to Roosevelt’s speech to Congress on December 8, 1941.
http://tn4me.org/audio/FDR-12081941.mp3