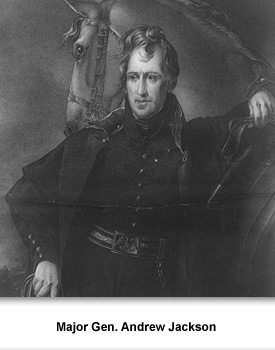 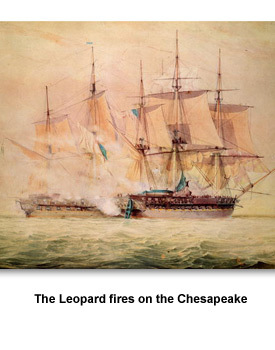 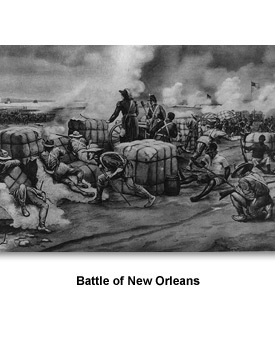 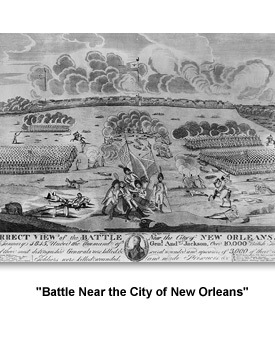 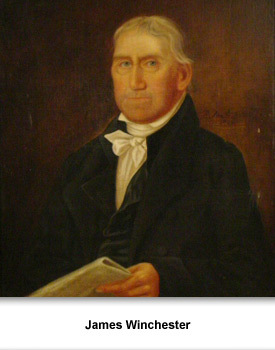 The War of 1812 between the United States and Great Britain was part of a larger conflict between Britain and France. These battles were called the Napoleonic Wars, and they occurred in Europe and the United States from 1805 to 1815.
The U. S. and Great Britain had an uneasy relationship since the American Revolutionary War. There had been mounting tensions between the two countries.
British ships stopped American ships on the ocean, searched them, and sometimes kidnapped sailors and forced them into their navy.

For example, in 1807 a British ship stopped the U.S. frigate Cheaspeake, supposedly to look for British deserters. When the American captain refused to let them board, they opened fire, killing or wounding 21 Americans. The British seamen then boarded the Cheaspeake and took four sailors.

Americans felt humiliated by these actions. Tennessee Governor John Sevier even expressed his anger about the incident.
In addition, many Americans felt the British were encouraging uprisings by Indians.  This was a particular concern in the upper Mississippi Valley. A Shawnee leader named Tecumseh was trying to organize the tribes in a joint resistance against all white settlers. Tennesseans, like other westerners, saw this as the result of British provocation.
President James Madison asked Congress for a declaration of war in June 1812. All of Tennessee’s representatives voted for it, including Felix Grundy, who had actively lobbied for war. Tennessee Governor Willie Blount called for volunteers.
Volunteers from Tennessee exceeded the federal government’s troop levy request. As a result of this and the fact that ten times as many Tennessee volunteered in the war with Mexico than what the president called for, Tennesseans earned the nickname of the "Volunteer State."
Andrew Jackson, who was commander of the state militia, was ordered to lead his troops in defense of New Orleans. Jackson and his men had gotten to Natchez, Mississippi, when he received orders from the secretary of war to disband his troops where they were.
Jackson refused to abandon his troops, and instead led them back to Tennessee. He earned their admiration as he stayed with them, even giving up his horse to wounded soldiers while he walked.  During this trip, his men gave him his famous nickname, “Old Hickory,” that stayed with him even to the White House. His men said Jackson was tough like a hickory stick—he would bend, but not break.
There were other problems with the war from the outset. First of all, England had the largest navy in the world, and the previous president, Thomas Jefferson, had cut the size of the U.S. military to save tax money. Second, since England lay across the Atlantic Ocean, America could not attack them directly except through British settlements in Canada. Third, the U. S. relied heavily on the militia system instead of a standing army. Often, militiamen were poorly equipped.
The first action of the war for Tennesseans was in the Northwest Territory – the area surrounding the Great Lakes. There, General James Winchester led Tennesseans, Kentuckians, and other forces into battle at the River Raison on January 22, 1813. However, Winchester’s forces were taken by surprise and were forced to surrender. Winchester was captured, imprisoned in Canada, and released after a year.
Andrew Jackson emerged from the War of 1812 a national hero. Click here to read about Jackson’s battles against the Creeks and in the Battle of New Orleans.
The War of 1812 ended in 1815 with little being gained by either the British or the Americans. Even so, America felt as it had stood off the British for a second time. In addition, the war produced a new set of younger American heroes, the most important of whom was Andrew Jackson.