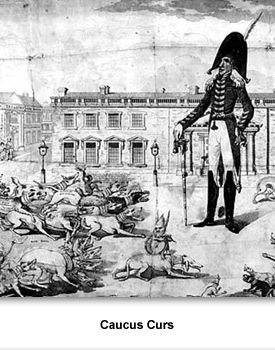 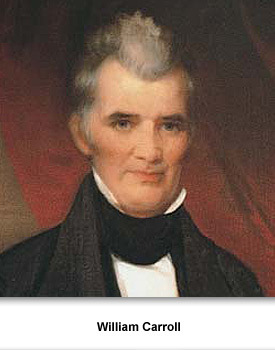 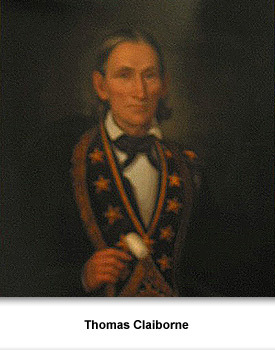 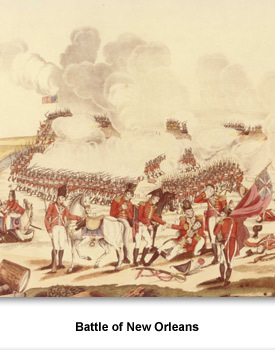 After the War of 1812, Tennesseans led the nation towards a new and more democratic kind of politics. President Andrew Jackson, his supporters, and his opponents played important roles in this change.
Many voters were no longer willing to elect rich men whose chief qualifications for office were their social status and powerful friends. Instead, they looked for candidates who would best protect the interests of common people.
Jackson was a great example of a person who rose from humble beginnings to great success. While a young man, Jackson moved from South Carolina to the Tennessee frontier. In Nashville, he prospered, growing wealthy and gaining political offices.
He became famous throughout the nation when his troops defeated the British in the Battle of New Orleans during the War of 1812. Jackson first ran for president in 1824, but was defeated by John Quincy Adams. In 1828, he won the presidential election and was re-elected in 1832.
Voters liked Jackson because they thought he represented their interests. For example, Jackson opposed federal projects that would benefit only a few citizens. He fought to eliminate the Bank of the United States because it allowed a small group of people to have too much influence over the nation’s economy. Frederick S. Heiskell of the Knoxville Register declared “‘the enemy of Gen. Jackson is now identified with the enemy of free government and free institutions.”
The experiences of Thomas Claiborne show the importance of earning voters’ trust. Claiborne decided to run for a seat in the Tennessee House of Representatives in 1831. Claiborne had previously served two terms in the Tennessee House and had been elected mayor of Nashville. It seemed like he would win easily, and Claiborne at first did little campaigning.
Then, people started to say he was “too proud to mix with the common people” and that he favored property requirements for voting. In response, Claiborne argued that these charges were false and that he was running for office to fight corruption in the state court system.  Voters accepted this, electing Claiborne to the House.
Voters often preferred political candidates who sympathized with the difficulties they faced in earning a living for their families. Economic troubles like the Panic of 1819 highlighted the problems experienced by farmers and small business owners.
William Carroll was a wealthy Nashville businessman hit hard by the economic collapse. His financial failure actually helped him win the 1821 governor’s race. Carroll served as governor from 1821 to 1827 and from 1829 to 1835. He owed much of his success to being a people’s candidate—someone who paid attention to the interests of ordinary Tennesseans.
Tennessee statesmen such as presidents Andrew Jackson and James K. Polk won elections and gained national fame because voters believed they shared the concerns of common folks. Tennesseans helped to create a more democratic form of politics and encouraged more people to participate in their local, state, and national governments.