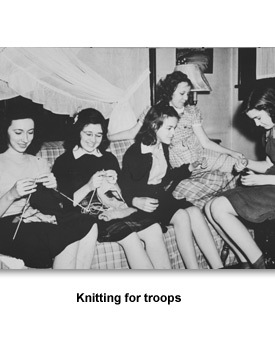 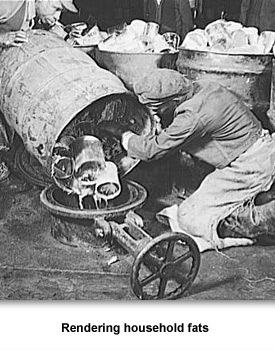 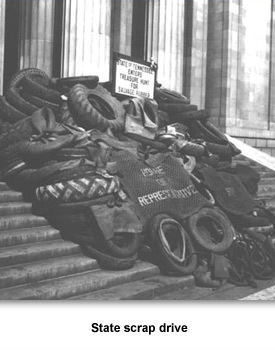 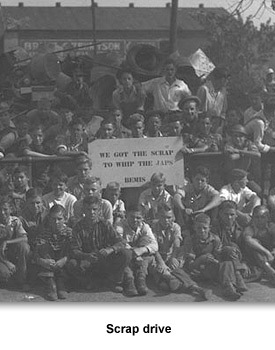 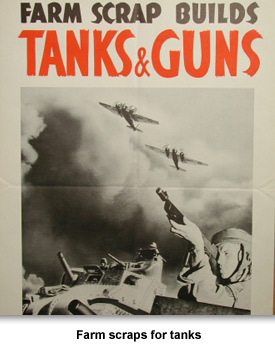 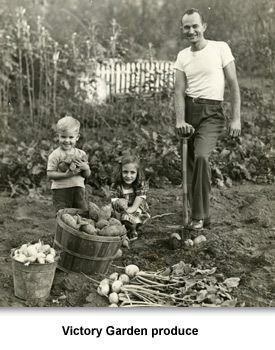 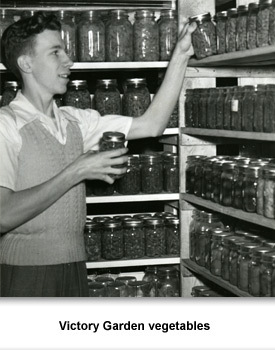 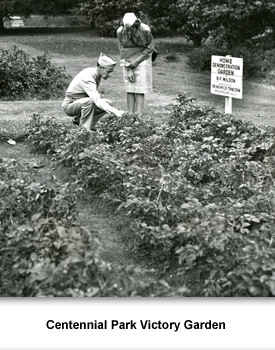 Many Tennesseans on the home front worked to support the war effort. There were many different opportunities to support the troops. Through hard work and sacrifice, Tennesseans worked to win the war.
War Bonds
One very important way to contribute to the fight was purchasing war bonds. World War II was very expensive.

To raise funds, the federal government encouraged Americans to buy war bonds. The government then used money from bonds sales to help pay for war costs like building ships and airplanes.

When a person bought a war bond, the federal government promised to pay that person’s money back plus interest in a certain number of years. The bonds let citizens loan money to the government for the war effort.
Bonds were sold in increments from $25 up to $10,000. For example, people would buy a war bond for $18.75; in ten years it would be worth $25.
Children could also buy war bond stamps which cost only a few cents. They would buy 10 or 25 cent stamps and put them in a booklet. When the book was full, they could turn it in for a war bond.
Advertisements in newspapers, on radio, and at the beginning of movies promoted war bonds. By the close of the war, Tennesseans had purchased more than one billion dollars worth of war bonds.
In this time of segregation in Tennessee, African Americans organized their own war efforts in their communities. In Memphis, local African Americans purchased more than $300,000 dollars worth of war bonds. For this contribution, they received a chance to choose a name for one of the massive B-24 Liberator bomber planes. They selected the name “The Spirit of Beale Street” for the airplane.
Americans were encouraged to write letters to the men and women serving in the armed forces. Almost everyone did so, including writing to people they didn’t know. Names of soldiers were passed around or exchanged.

Soldiers were cautioned not to write any information about their location or duties in case the information could fall in the hands of the enemy. People on the home front were told to write cheerful letters and to write often.

Scrap Drives
In order to fight the war, Americans had to produce a lot of things like uniforms for soldiers, jeeps, ships, and bombs. A lot of raw materials like metal were required to produce these war supplies. One way Americans helped make the best use of the country’s resources was to recycle materials in scrap drives.
Many different kinds of “scrap” materials were collected. Tennesseans held scrap drives for paper, rubber, animal fats, metals, and even music records.

Families would save fats, like bacon grease, and then turn it in to the local collection point. One pound of fat could have enough glycerin in it to make a pound of black powder for bullets. Metal in an old shovel could be recycled and used to make -cover-ings for four grenades. Old used razor blades contained steel, while lipstick tubes contained brass.
Tennessean Katherine Barnes remembered that “we were asked to save grease which we put in cartons and took to a collection point at the grocery store.”
Victory Gardens
Tennesseans supported the war effort by growing more of their own food. Especially in towns and cities, residents were encouraged to grow victory gardens in their backyards. One estimate is that these gardens accounted for 40 percent of the country’s total vegetable harvest.
Victory gardens meant that there would be more food available for American soldiers. They also helped families overcome wartime food shortages. For example, Oak Ridge residents had a hard time finding good food to buy. Those lucky enough to have houses with yards planted gardens.
In Nashville, the city government became involved in creating victory gardens. The county schools maintained a thirty-acre farm on the grounds of the Hermitage, the plantation home of former President Andrew Jackson. The city also set aside one hundred acres at Percy Warner Park for a victory garden.