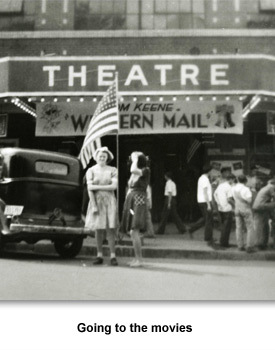 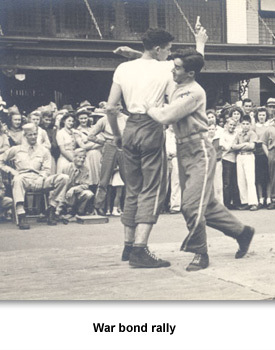 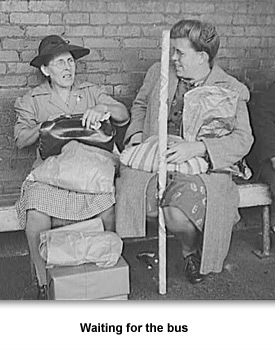 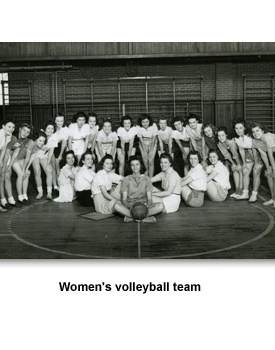 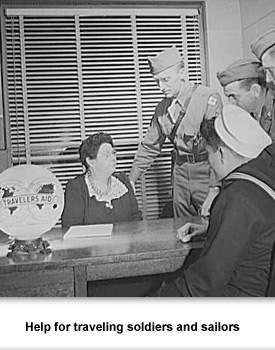 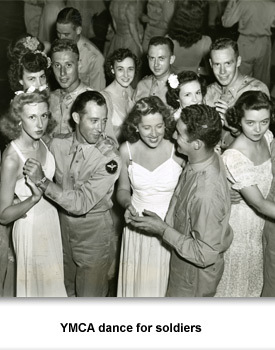 No fighting ever took place on the American mainland. Even so, war was the focal point of almost every activity in the United States.
Most Americans firmly supported the war after the attack on Pearl Harbor. The government still wanted to promote feelings of national unity—that all Americans were fighting together whether at home or aboard. This would make it easier to ask Americans to sacrifice for the war effort.
The Office of Civilian Defense was created in 1942. They asked all Americans at home to contribute an hour a day for the war effort. This might take the form of training as an air warden, growing a Victory Garden, serving as extra police or firefighters, volunteering at the Red Cross to donate blood or wrap bandages, or taking part in a scrap drive.
Part of the responsibility of local civil defense units was to protect against air raids and sabotage. They would hold air raid and black out (turning all the lights off in the city) drills. They assembled and trained volunteer police and fire personnel, as well as medical teams.
Women who did not go to work in factories and businesses were encouraged to volunteer for the war effort. They rolled bandages for the Red Cross, joined military mothers’ clubs, volunteered at the local USO, and knitted wool socks for soldiers.
President Franklin Roosevelt’s administration enlisted media help to arouse patriotic feelings in the public. Radio programs were sponsored by the U.S. government to promote the sale of war bonds. Motion picture companies were encouraged to make films that improved morale.
Every week, Americans would go to the movies and first see a newsreel (like a television newscast today) about the war. Sometimes they would see a cartoon, often with the main character, like Bugs Bunny, fighting characters that represented the Axis enemies. Many of the films produced were about the war. They focused on patriotism, group effort, and the values of individual sacrifices.
Businesses were also encouraged to use the war in their advertising. An ad for Chesterfield cigarettes told viewers that the cigarettes were mild and tasted good, and used a photograph of two Marines smoking. A Mobilgas ad showed five children getting out of a car and suggested “doubling up” as “more moms add more riders…to make their cars last.”