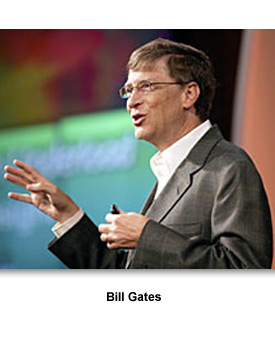 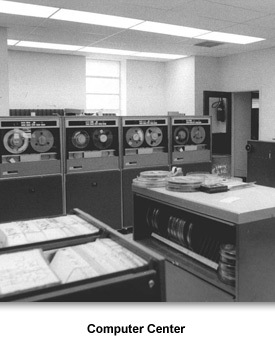 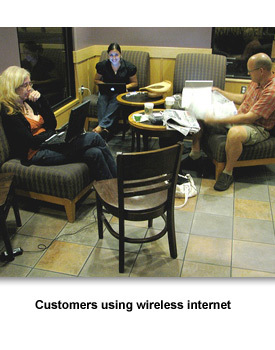 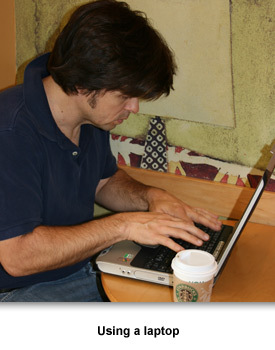 One of the defining developments in this period was the advent of computers and the internet.
The very first computers were basically calculators that used complicated series of gears and other metal parts to solve math problems.
Then, in the early to mid-1900s, computer pioneers developed machines that used electricity in accomplishing tasks. These early computers were huge—some were as large as a room. They did not have keyboards. Instead, operators entered data by inserting paper cards with holes punched out, attaching cables, or adjusting switches.
In 1977, two inventors named Steven Wozniak and Steven Jobs began selling the Apple II computer. This was the first commercially successful personal computer. In contrast to earlier computers, the Apple II was small and well-suited for homes, offices, and schools. Soon, software companies began developing programs for personal computers.
In 1982, Bill Gates invented the MS-DOS operating system. This software determines how a computer runs. Gates eventually created the Microsoft company, still one of the major producers of computer software.
In the 1980s and early 1990s, personal computers became affordable for families. People purchased computers and connected to the internet through the telephone line in their homes. By subscribing to private internet providers like America Online and CompuServe, they were able to send e-mails or go to web pages on the internet.
The internet, which is basically a network of different computers and cables, allowed access to different servers. The development of web browser software, like Netscape, allowed users to retrieve information and display it online. This information space on the internet is the World Wide Web—the www in an internet address.
Other software applications helped online users find information. Google, for example, makes it possible for people to find information from historical data to addresses, businesses, and almost anything they need to know. To “google” information has become part of the vocabulary. One Tennessean said one of the first things she did upon receiving a cancer diagnosis in 2008 was to google the name of type of cancer she had.
Other software made it possible for people to pay their bills online and even keep their checkbook information on their computer. Computer storage has become inexpensive, allowing all types of content, from business records to personal photographs, to be stored and retrieved digitally.
Computers have gotten smaller as technology has improved. Many people now use portable laptop computers which allow them to take their computer with them at any time.
High speed internet connections, called broadband internet access, have been replacing dial-up access both in homes and in businesses. Broadband can access the internet at least twice as fast as dial-up modems.
In addition, many people and businesses have switched to wireless networks, using a card as access to a broadband connection. People with laptop computers can now access the internet from airports, coffee shops, or even general neighborhoods. As one Tennessean described:
My mom doesn’t have wireless internet, but her next door neighbor does. So when I visit her, because her neighbor doesn’t encrypt his signal, I just open my laptop and go online using his wireless.
To learn about the history of computers, click here.