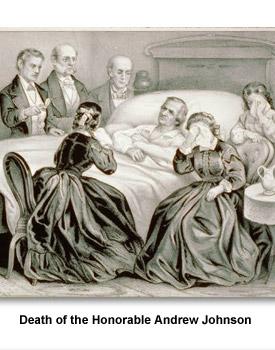 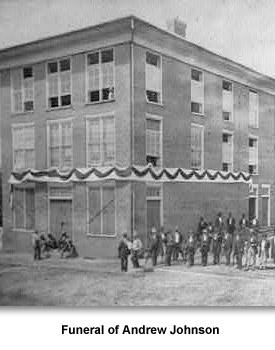 Andrew Johnson wanted to be nominated for president in 1868.  The Democrats didn’t want him.  The Republicans chose the war hero Ulysses S. Grant.

At his inauguration, Grant refused to share his carriage with Johnson as was customary.   Johnson refused to attend Grant’s inauguration.  Instead, Johnson worked in his office until noon, when Grant was scheduled to take the oath of office.  Johnson then left the White House, no longer president.

When he returned home to Tennessee, Johnson was more warmly received than when he left.  People saw him as someone who had tried to protect the South from Reconstruction.  He received invitations to visit in Memphis, Chattanooga, Murfreesboro, and Nashville.

Johnson saw his election as vindication or proof that he had been right.   Some newspapers hailed him as the “honest giant” in comparison to the Grant administration which was plagued with corruption scandals.

When he took the oath of office in the U.S. Senate chambers, senators burst into cheers.  When a reporter asked if he would try to get even with those who tried to remove him as president, Johnson said, “I have no enemies to punish, nor friends to reward.”

Johnson is the only person in United States’ history to serve in the Senate after being president.  He did not get to enjoy his return to office for long.  Johnson died in July 1875.

Johnson was buried, at his request, “wrapped in American flag with his head resting on a copy of the Constitution.”  He remained the defender of the Union and U.S. Constitution in life and death.

Andrew Johnson is buried in the Andrew Johnson National Cemetery near his home in Greenville, Tennessee.  (To learn more about the cemetery and see his grave, click here.)