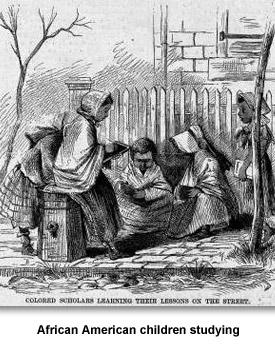 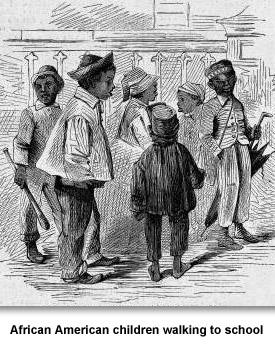 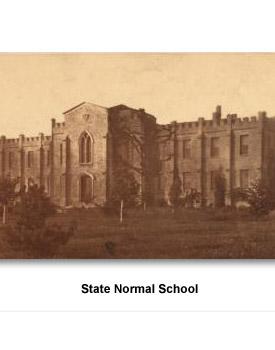 Black schools were perhaps the most significant educational change during Reconstruction. During slavery many African Americans were not allowed to read or write.  Since they were no longer slaves, they wanted an education for them and their children.
By 1865, Union Colonel John Eaton Jr. and the Freedman’s Bureau helped local communities to establish 51 grammar and industrial schools throughout Tennessee. More than 7,000 students attended these schools.
In 1869, some African American students in Tennessee wrote letters to thank people who helped their schools. Alice Tompkins who was eleven years old wrote:
We have a pleasant school and good kind teachers and school mates. I feel very much interested in our school. It is true I am very small but the small can do something, I want to be useful while I am young, and when I grow up I hope to make a useful woman….I want to see the day when our race will be educated. We are learning very fast and if we keep on will be able to teach others.
Some Tennesseans did not support equal education.  Schools with teachers from the North or that were set up by the Freedman’s Bureau were sometimes targets of violence. Threats to burn new schools were made throughout Tennessee in cities from Greeneville to Nashville. Some freedmen schools, such as the ones in Memphis, were actually burned.
In March 1867, the legislature passed a bill for the supervision and maintenance of  schools with state-sponsored revenue. But later, educational progress was slowed, as segregated schools became widespread. In addition, counties were not required to fund public education.