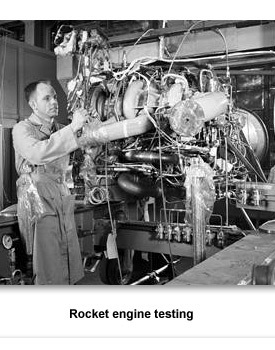 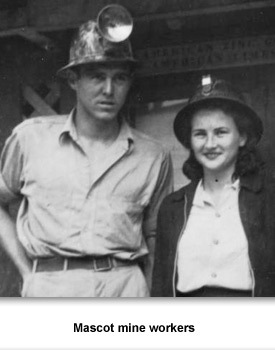 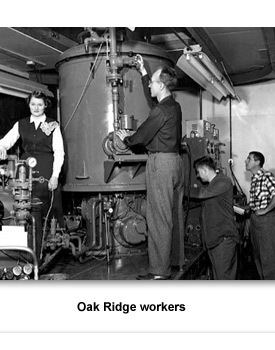 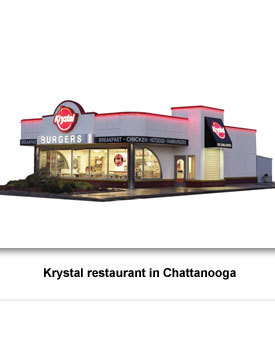 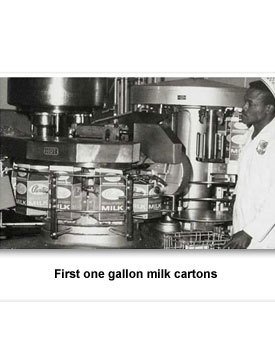 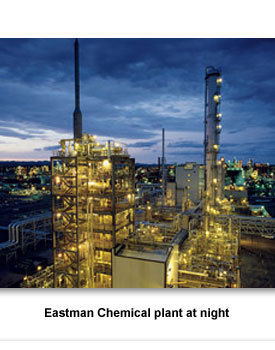 Several factors helped create an industrial boom in the state in the 1950s and 1960s. By 1972 Tennessee had 5,647 manufacturing companies—a 25 percent increase since 1958.
The reasons for this industrial increase included:
·         Having navigable rivers on which to ship goods
·         A supply of cheap electricity
·         Plentiful natural resources
·         Lower labor costs
·         Lower local and state taxes
Cheap electricity and navigable rivers were the result of work by the Tennessee Valley Authority (TVA), which was established during the Great Depression. TVA was also the nation’s largest supplier of electricity.
The number of Tennesseans employed in industry increased each year. The industrial jobs rate of growth was more than twice the rate of the U.S. as a whole.
As a right-to-work state (companies couldn’t sign agreements to hire only union workers), Tennessee offered companies industries workers who were used to lower wages than those in the North. By 1963, Tennessee was the 16th largest industrial state in the nation.
Chemical and clothing production were the two fastest growing industries in the state between 1955 and 1965. Kodak’s George Eastman, attracted by Appalachia’s raw materials, built a chemical plant in Kingsport in 1920. The plant, Tennessee Eastman Company, expanded its operations in the 1950s. By 1960 company sales reached $250 million.
Foods
Food production became a major industry in the state. Martha White Foods began in 1899 when a Nashville mill owner named his flour product, Martha White, after his daughter.
The company sponsored country music shows on radio programs and later during Grand Ole Opry performances. In 1953 they hired Lester Flatt and Earl Scruggs to tour the South as spokesmen for the firm. Their promotional song for Martha White flour became well-known. Click here to hear the song.
http://tn4me.org/audio/MarthaWhite_FlourSong.mp3
A couple from Collegedale, Tennessee, O.D. and Ruth McKee, came up with an idea of individually wrapped snack cakes in 1960. They named the cakes “Little Debbie” after their granddaughter. Today the company, McKee Foods Corporation, has $770 million in annual sales.
Purity Dairy, which started as a dairy farm in Davidson County in 1926, bought out its competitors during the 1950s and 1960s. Through creative advertising, the company expanded sales, adding other dairy products.
The Krystal restaurant chain started in Chattanooga in 1932.  They had the idea that, even in the Depression, people would go to a restaurant with good food, clean facilities, and inexpensive food.  The featured food is a small square hamburger, known as a "Krystal."  Its drive-through line and 24-hour-service makes it a popular stop today.
Other food producers in the state with national markets include Rudy Sausage Company, Mayfield Dairy Farms, and Brock Candy Company.
Other products
In 1958, Dixie Foundry in Cleveland purchased Magic Chef, a manufacturer of cooking ranges. By 1969 Magic Chef had captured more than 11 percent of all gas and electric ranges sales in the U.S.
Buckeye Cotton Oil began in 1901 as a manufacturer of cottonseed oil. After World War II, Buckeye began producing cellulose at its Memphis mill. In 2000 Buckeye Technologies produced $713 million in revenues.
Aladdin Industries moved its operations to Nashville in 1949, producing vacuum bottles and lunch box kits. Since children were big users of lunch boxes, the company started decorating its boxes with popular cartoon, television, and movie characters. Lunch kits for children are still decorated today.
Many retail companies also were founded in Tennessee and prospered during this time. Cal Turner established Dollar General Store in 1955. The store focused on low-priced products, mostly those that are used and replenished frequently. They built stores primarily in rural towns and lower income areas of cities. The company now operates 8,000 stores.
Arnold Engineering/Oak Ridge
In 1951 President Harry Truman set up the Arnold Engineering Development Center (AEDC) to help develop aeronautical technology. U.S. officials selected the U.S. Army Camp Forrest site near Tullahoma for this new facility.
Nearly every modern aircraft from airplanes, missiles, to space vehicles have been tested at AEDC. The center operates 58 aerodynamic and propulsion wind tunnels, rocket and turbine engine test cells, space environmental chambers, ballistic ranges, and other units. It is the area’s largest employer with an annual budget of $360 million. The U.S. Air Force manages the facility.

Oak Ridge National Laboratory (ORNL), established as a top secret facility during World War II, became less secret after the war was over.  After the graphite reactor was shut down in 1963, it reopened in the 1980s as an educational exhibit.  ORNL continued developing new types of atomic reactors and branched into research in fusion, fossil, and renewable energy sources along with physics, robotics, and other advanced materials.
Mining
Production of coal mined in Tennessee increased during and after World War II. It reached a peak of 11.2 million tons in 1972. During this time Tennessee’s coal production was 11th in the country.
Zinc mining continued in the state during this time. In the 1960s Tennessee led the nation in zinc production. Tennessee continued as the only major producer of copper and was ranked fifth in phosphate mining.
Marble quarrying in Tennessee continued in production during the 1950s. By the late 1950s, the state was producing 42 percent of the nation’s marble output. Other commercially important Tennessee mining products include fuller’s earth or bleaching clay, ball clay, shale, sand, and gravel.