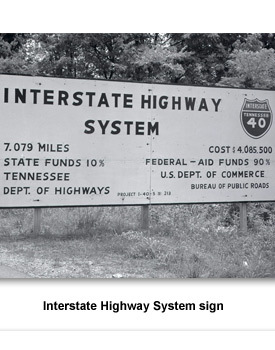 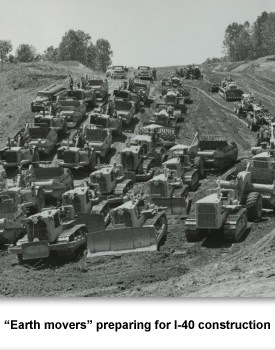 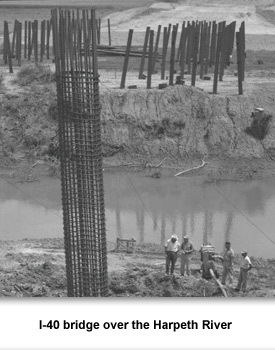 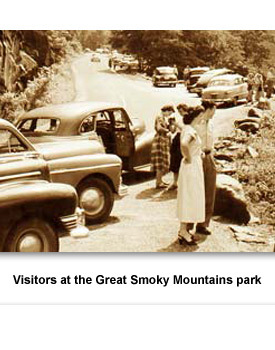 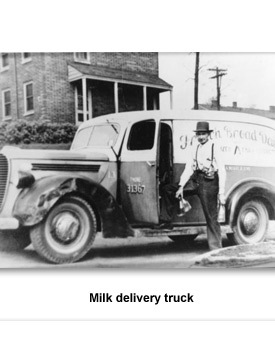 During the 1950s, great strides in technology were made across the nation. Those technologies had dramatic effects on everyday lives.

World War II was an important factor in the expansion of transportation systems in the United States. General Dwight Eisenhower had been impressed by Germany’s “autobahn” – a system of large, multi-lane roads for the quick movement of troops.

As president during the 1950s, Eisenhower called for the construction of the system with nationwide standards, and Congress approved the funding. Federal funds were to -cover- 90 percent of the construction budget.

Tennessee began work on its interstate system soon afterwards. Over the next 20 years, I-40, I-65, and I-24 connected the state from end to end.

Read how an African American community fought and lost a battle over an interstate’s location.

In addition, traffic congestion actually increased, and traditional transportation systems, like the railroad, declined in favor of trucking.

The interstate system did serve to connect the four corners of the state. It also boosted the travel industry. Tourist attractions such as the Smoky Mountains National Park saw great increases in attendance as people could get there faster on the interstate system.

In addition, new transportation-related businesses developed. Memphis’s Federal Express, (now known as FedEx) opened in 1973, was one of many new companies to take advantage of advances in highway transportation.

Companies like FedEx also benefited from innovations in the airline industry after the war. Tennessee cities began modernizing their airports in the mid-1950s to accommodate the new passenger jet.

Larger and faster planes meant that more Tennesseans were able to travel greater distances than ever before. Because of modernized air service and highway systems, Tennesseans were increasingly connected with each other and the rest of the nation.