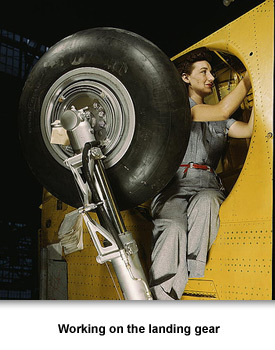 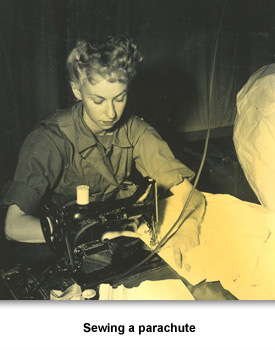 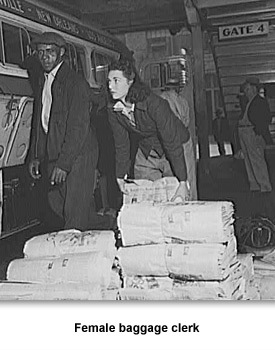 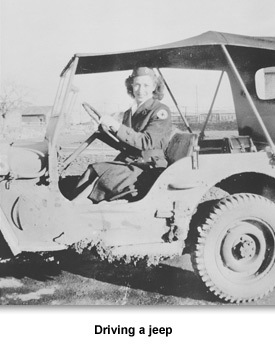 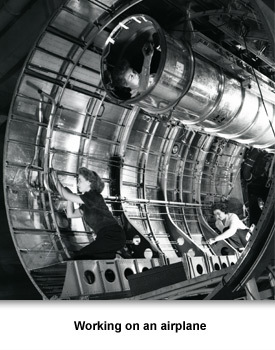 During World War II, the United States faced a labor problem. Many of the young men left their jobs to serve in the military. Typically, factory jobs were filled by men.
At the same time, companies needed to hire even more workers than they employed before the war in order to produce needed military supplies. How were companies going to find enough workers?
The answer for many of the war labor questions came in changing ideas about who could do certain jobs. In the United States, people had traditionally associated many kinds of jobs with male workers.  It was thought women weren’t strong enough to weld or do construction work.
Also, factories often refused to hire African Americans for jobs other than janitorial work. Skilled jobs in factories that paid well were usually held by white men. Workers in factories that made cloth or clothes were mostly held by white women. Many African American women worked as housekeepers.
There were also traditional ideas about what different kinds of people should be paid. Men were consistently paid more than women, even if they had exactly the same kind of job. African American men's and women’s job opportunities were limited by segregation and racial discrimination.
In order to find enough workers needed for war production, the federal government, employers, and everyday Americans began to reconsider traditional ideas about what kinds of people could do different jobs. During this time of national emergency, African American men and women and especially white women in Tennessee experienced new opportunities to get war jobs that paid good wages.
Throughout Tennessee, women worked for the war effort. At the Chickasaw Ordnance Plant in Memphis and at the Holston Ordnance Works near Kingsport women made explosives for weapons.
At the Vultee aircraft plant in Nashville, one out of every three workers was female. In 1943, the company hired the first female manager at Vultee. Many African American women left service jobs for better paying employment during war. The number of women working outside the home in Nashville increased by almost fifty percent during the war.
Vina Cardwell worked at the Milan Ammunition Depot during the war. She helped to make explosive shells for artillery guns. She remembered:
My first job was making a [artillery shell] case…I was to fill a certain amount of black powder in a case, and send it on down the line to the next operator, who would do something else to it. I was on assembly, which was a long line with lots of workers, sitting side by side, each worker did a certain part to it….At the end of the line, you have a shell for the soldiers to use in their guns.
Cardwell described the kind of people who worked on the shell assembly lines at the ammunition plant. There were “rows and rows of mothers, mothers with sons off at war, and young married ladies with their husbands off at war….we had a job to do, and we felt it our responsibility to go to work.”