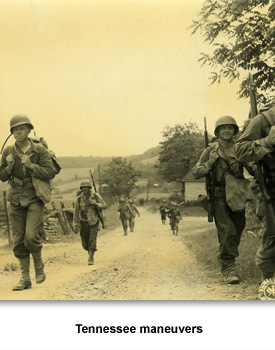 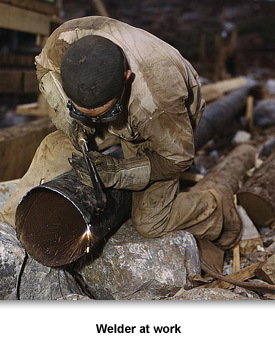 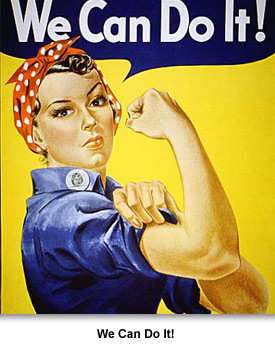 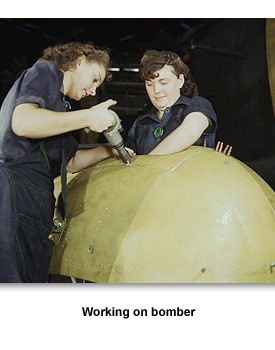 Working for the War

Many people on the Tennessee homefront helped the U.S. war effort through their jobs.
During the war, companies changed what they usually produced so that they could make supplies for the military. Some companies built new factories or expanded old ones.
American workers made military goods for U.S. soldiers. They also provided supplies for other Allied nations like Great Britain and the Soviet Union. The United States’ role as a powerhouse of industrial production helped the Allies fight and win the war.
U.S. industry also helped develop new products. Rubber supplies fell drastically as Japan seized rubber plantations in the East Indies. U.S. scientists began researching ways to produce synthetic rubber. By 1944, the U.S. was producing 87 percent of its rubber needs through its synthetic rubber industry.
As the government mobilized for the war, they set ambitious goals—most of which they met. In 1942, U.S. businesses built 60,000 airplanes, 45,000 tanks, and 20,000 anti-aircraft guns. They raised the goals even higher the next year, doubling the number of planes and tanks. By the end of the war, the U.S. had produced 300,000 aircraft, 100,000 tanks, and 15 million guns.
In the early 1940s, the job market in Tennessee changed significantly. Unemployment related to the Great Depression had been a big problem. When the state’s industries geared up for war production, the demand for workers increased. Companies began hiring many new people.
As increasing numbers of men joined the armed forces, workers became scarce in Tennessee. This created new opportunities for women. They began to be hired for higher paying jobs formerly considered men’s work. African American civilians also made some gains in the job market. However, segregation and racial discrimination in hiring workers limited their advancement.
A secret base and city was built in Oak Ridge, Tennessee. For awhile even the governor didn’t know what the federal government was building there. State officials did know about the many other military bases that were built in the state during the war.
World War II was a good time for workers on the Tennessee homefront. Jobs were plentiful. Wages rose for workers in general. Although people worked long hours, overtime pay increased their earnings. Workers were a vital part of the war effort. Their work benefited the war effort and their families.