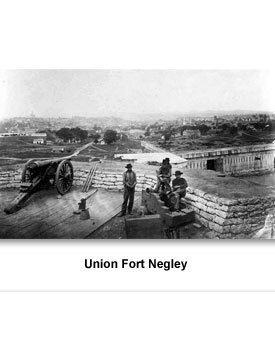 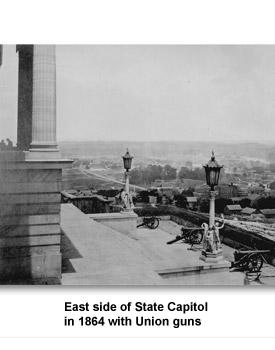 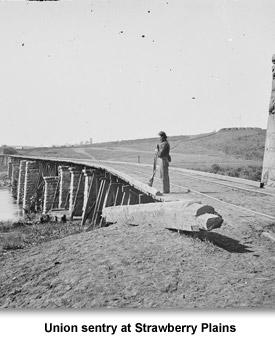 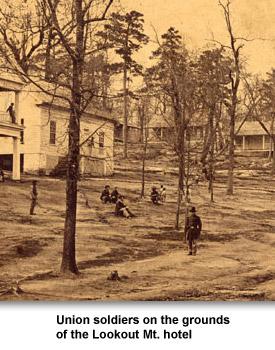 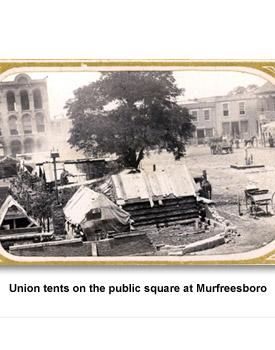 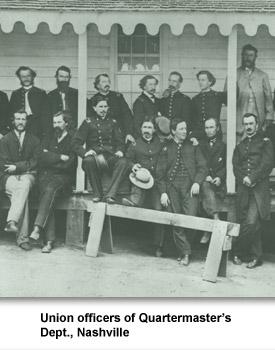 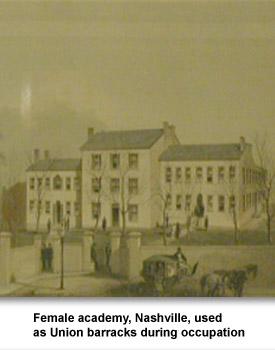 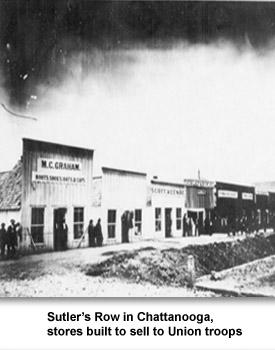 Tennessee spent most of the war under Union occupation. Middle and West Tennessee were occupied by the Union army in the spring and summer of 1862.  Even though East Tennessee had the most Union sympathizers , it wasn’t taken until late 1863.

Union General Don Carlos Buell , the commander of occupied Nashville, at first supported a policy of “live and let live” with the Confederate sympathizers.  This position hardened as many southerners continued to profess pro-Confederate views.

President Abraham Lincoln became directly involved in one occupational dispute in Memphis.  A local church group petitioned him for the return of their church building which had been used by the Union army.  In a note dated May 13, 1864, Lincoln instructed the church to be returned to its members.

Arrests
Anyone who disagreed with Union policies was subject to arrest, just as they were earlier in the war if they disagreed with Confederate officials.

Ordinary citizens could be arrested for a variety of charges such as smuggling, spying, or even comments critical of the Union.  Union officials also conducted random searches of homes looking for evidence of Confederate support.

Many were forced to take the amnesty oath of loyalty to the Union. One Murfreesboro woman, Kate Carney, wrote in her diary on May 12, 1862,  “We scarcely have a thought, much more open our mouths, for fear Pa will again be sent to prison, for he and Mr. Wendell are both bound over $10,000 each.”

Foraging
Large federal armies were stationed in or near cities such as Nashville, Knoxville, Chattanooga, and Memphis.  Citizens of Murfreesboro, Gallatin, and Shelbyville also housed Union troops.

Food shortages were widespread as farms were periodically raided by both northern and southern soldiers who were foraging for food.  Farmers were not regularly able to plant or harvest crops.  Traveling armies frequently camped on private land or confiscated private property for military use without paying the owners.  Livestock, homes, and crops could be taken by the army without any payment to the owner.

One of the frequent targets for Union soldiers was Belle Meade Plantation in Nashville.  In a letter dated Sept. 14, 1862, Elizabeth Harding, the plantation mistress, wrote about her recent experiences:

[Soldiers] have taken every suitable horse I had except my carriage horses…They broke my dairy and removed from there every onion, potatoes, and winter vegetables I had...They come and demand of the servants to give them all the milk and butter on the place on penalty of having their brains blown out if they refuse.

Lawlessness
Tennessee was plagued by guerrilla violence committed by both Union and Confederate supporters. An article in the Nashville Daily Union newspaper on September 9, 1862, reported that “companies of outlaws belonging to neither side, taking advantage of the anarchy which prevails in the country, roam about for the sole purpose of plunder. These bandits prey on secessionists and loyalists alike.”

Refugees
Thousands of impoverished families, runaway slaves, and loyal Unionists would move to the cities to seek the protection of the Union Army.  In a one week period, Chattanooga received more than 3,000 refugees.   Sometimes these refugees from the war were viewed by the locals as filthy and degenerate criminals or beggars.

Although some charitable societies existed, most cities were not equipped to support this influx and the newcomers were left homeless.  Schools in Nashville had been closed and converted into hospitals, many already overcrowded.  Both Union and Confederate doctors attempted to treat the ever-increasing sick population.