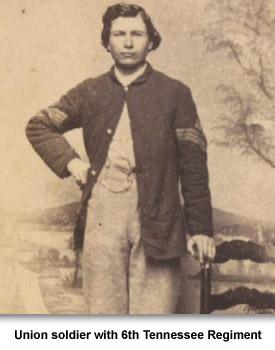 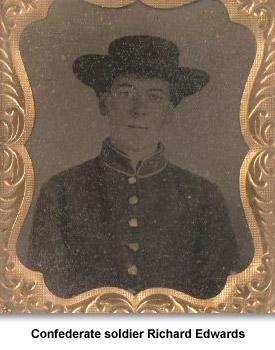 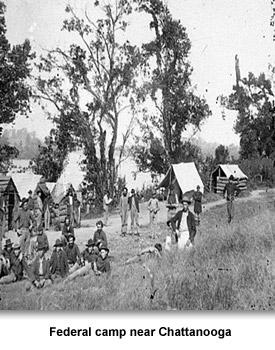 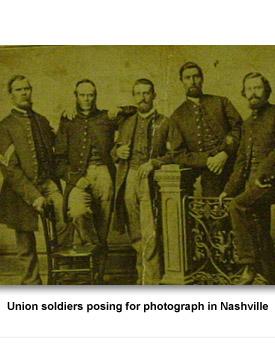 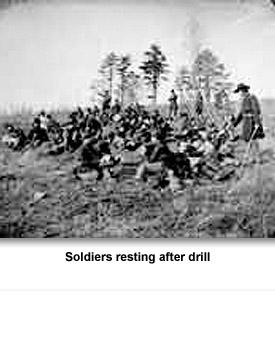 Thousands of Tennessee volunteers joined the war effort.  Many fought for the Confederacy, others for the Union.

Later as both the North and South started drafting soldiers, more Tennesseans were forced to join the war.

Life was not easy for soldiers on either side.  It was especially hard for some Southern soldiers who did not have enough clothes, shoes, or equipment.

Soldiers were often on the move and living conditions were frequently terrible. Lack of shelter, blankets, and even water left many regiments exposed and unprotected from the cold, rain, or heat.

Sunstroke, frostbite, and malnutrition were all common problems for soldiers while traveling or at camp.

John Pearl wrote his mother in Nashville that in December, 1862, he marched 14 miles “over the roughest road" he ever saw, barefooted, and when he could get shoes, his feet were in such a state he could not wear them.  But he was still disappointed not to be in a battle yet, where they could show that they were not cowards.

For many soldiers, the war was not about being pro or anti-slavery.  Northern soldiers fought to preserve the Union, while southern ones fought for their state’s rights and independence.

Both sides had soldiers who joined not for a cause, but because they saw it as an opportunity to travel, prove their bravery, and experience battle.

These soldiers soon dis-cover-ed the harsh reality of war.  There were 617,528 soldiers on both sides who died from battle, disease or accidents—359,528 Union soldiers, 257,000 Confederate soldiers.

Sultana disaster
One of the worst peace-time naval disasters in American history happened to soldiers after the war ended.  The steamship Sultana, carrying home Union soldiers who had been held as prisoners of war, exploded on the Mississippi River north of Memphis on April 27, 1865.

Between 1,200 and 1,900 men died in the explosion.  The exact figure is not known.  The explosion was probably caused by a sloppy repair to one of the ship boilers.  Read more about the Sultana disaster here.