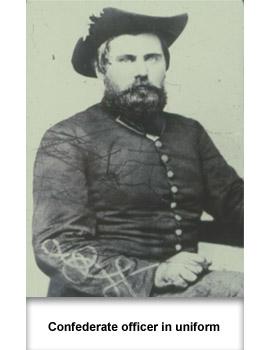 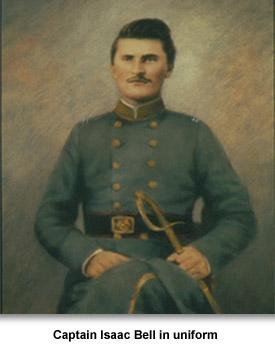 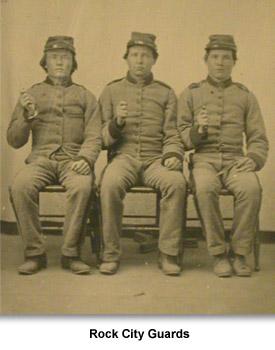 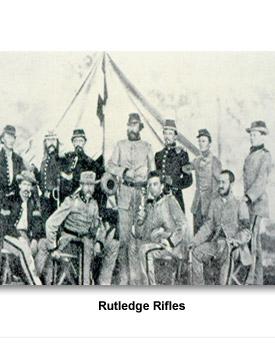 Soldier uniforms varied from state to state and from army to army.  The Union soldier generally received the same uniform and equipment.

On the march, a Union soldier would also be issued a rifle, up to 80 rounds of ammunition, one-half of a shelter tent and three days of rations.

The Confederate Army had similar requirements, but more often than not, it could not provide the items.  Recruits wore what they brought or had been given.  Local women volunteered to make uniforms for the men from their area.

Some units were dressed in frock coats reaching to their knees, while others wore shell jackets that only reached their waists.   Some men wore sack coats which were plain and cheap to make. Sometimes a unit would be supplied by the wealthy people of a city such as Nashville's First Tennessee Infantry (the Rock City Guards).

Shoes were considered the most important item of a soldier’s uniform because a man could not march or fight well if his feet hurt.  Shoes of the time were ill-fitting with a close instep, and were longer than needed to prevent chaffing and pressure on the toes.  Some Confederate letters talked about marching barefoot, even in winter, due to the lack of shoes.

Often Confederate soldiers did not receive the equipment they needed. At the beginning of the war, the Confederate state of Tennessee had about 8,000 muskets, half of which were not working, to deliver to its soldiers.  By 1862, however, most Tennessee Confederate units were armed, some quite well.  Tennessee Union soldiers were supplied by the Federal government with uniforms, equipment, and food.

Some troops would scavenge after a battle, stripping shoes, clothing and weapons from the dead.  This behavior bothered some soldiers and officers.  James Mitchell ordered his men to only remove guns and canteens from dead soldiers, but nothing else.

Sam Watkins of Tennessee wrote that he noticed a “dead Yankee colonel” with a fine pair of boots lying on the battlefield.  Since Watkins needed shoes, he decided to take the boots off.  “I happened to look up, and the colonel had his eyes wide open, and seemed to be looking at me.  He was stone dead, but I dropped that foot quick.”  It was the last time, he said, that he attempted to take from the dead.