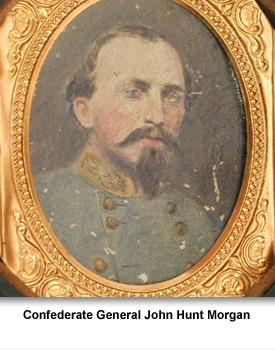 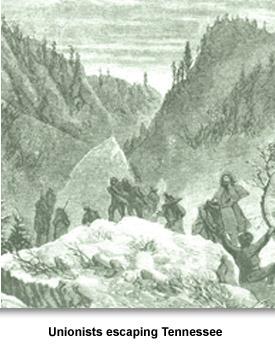 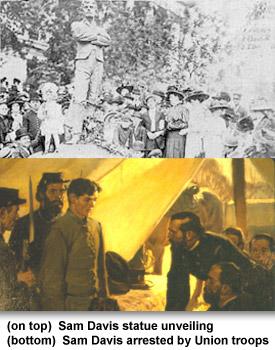 Some men and women served their cause in the Civil War by becoming a spy.  Information was fairly easy to obtain with soldiers and troop movements within close distance to the other side.

It could be dangerous work.  While most armies would imprison a captured soldier, they would execute a spy.

Dig Deeper:  Why did armies consider spies to be deserving of death?

Sam Davis of Smyrna, Tennessee, is one of the most famous spies caught during the Civil War, although it could be argued that he wasn't a spy.  Only 18 years old when he enlisted in the Confederate Army, Davis was captured in November, 1863, by Union troops in Giles County. Davis was serving as a scout behind enemy lines.  While searching him, the troops dis-cover-ed Union dispatches hidden in his boot.

The Union officer offered to spare Davis’s life if he would reveal who gave him the information.  Davis refused saying "Do you suppose that I would betray a friend?  No, sir, I would die a thousand times first.”  He was then hanged. He was 21 years old.

Civilians could also serve as spies. Daniel Ellis of East Tennessee was one of the bridge burners in the Carter Conspiracy , but was able to escape through the mountains into Kentucky.  Throughout the war he helped runaway slaves, prisoners of war, draft dodgers, and Union loyalists.

He was also able to support his family by the fees he collected from being a mail carrier, a Union guide, and stealing horses from Confederate troops.

Women were also involved in the war effort.  Sarah Thompson was born in Greene County in East Tennessee and became a Union spy.  She delivered messages to Union officials regarding the Confederate military and led over five hundred loyal East Tennesseans to the north in order to join the Union Army.

Her triumph came when she heard about Confederate General John Hunt Morgan slipping into Greeneville.  She gave the information to Union troops who shot and killed him.

In her later application for a Union pension, Sarah said she was imprisoned in southern jails for this work and was “proclaimed a Union Spy by Jeff Davis who authorized a reward for my capture.”  She fled the state and later worked as a nurse.

While some East Tennesseans aided Union forces, other Tennesseans secretly aided the Confederacy.  Belle Edmondson lived near Memphis and smuggled supplies to Confederate soldiers throughout the war.
In 1864, she hid uniforms, money, buttons, letters, etc. in her luggage and on her clothing and took them through Union lines since soldiers usually did not search women.  She wrote the following description of her work in her diary.

February 27, 1864: Accomplished all I went for - did not go near any of the Officials, was fortunate to meet a kind friend, Lucie Harris, who gave me her pass - 'tis a risk, yet we can accomplish nothing without great risk at times, I returned the favor by bringing a letter to forward to her husband, Army of Mobile. I sat up until 8 o'clock last night, arranging poor Green's mail to forward to the different command. It was a difficult job, yet a great pleasure to know I had it in my power to rejoice the hearts of our brave Southern Soldiers.

Belle’s trips eventually attracted the attention of Union forces and a warrant was issued for her arrest.  She fled to Mississippi and lived there for the rest of the war.