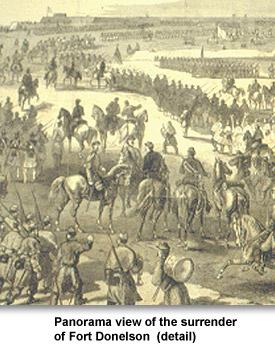 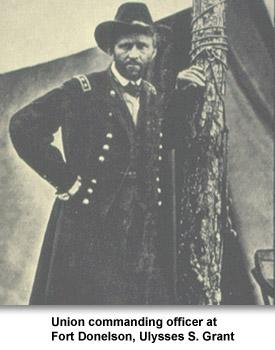 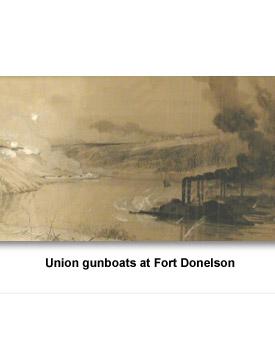 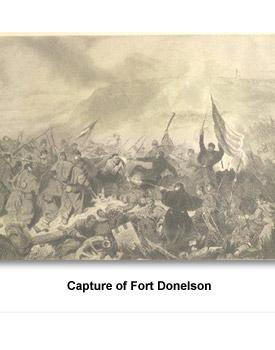 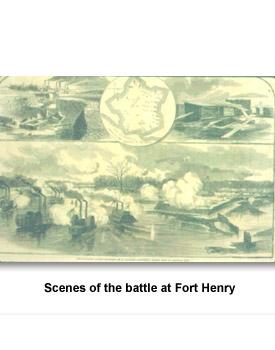 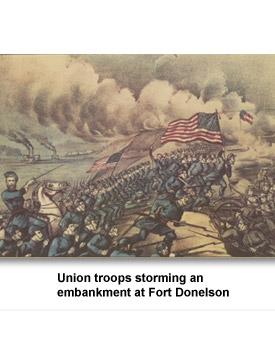 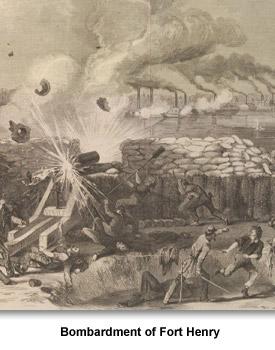 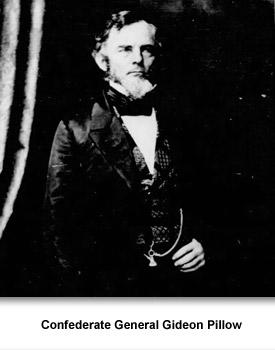 The first major battles in Tennessee happened at Fort Henry and Fort Donelson in February 1862.  These battles were important because they opened the door for the Union army to invade Middle Tennessee.

On February 6, Union gunboats launched an attack on Confederate Fort Henry which stood on the bank of the Tennessee River near the border between Tennessee and Kentucky.

The boats and the fort furiously fired cannons at each other until the fort was forced to surrender.  General Ulysses S. Grant and naval Commander Andrew Foote led the Union forces.  Read about the Sons of Erin flag.

Grant continued his invasion of Tennessee.  After a few days of skirmishing, or light fighting, on February 14, Union soldiers and sailors attacked Fort Donelson that guarded the Cumberland River.

Confederate soldiers held back the Union army for almost three days.  However, as time passed, more and more Union soldiers arrived to reinforce their army.  Some Confederate commanders and their men successfully escaped from the fort and retreated towards Nashville.

Dig Deeper: Why was there controversy over the Confederate surrender?

The Confederates remaining at the fort sent a letter to Grant asking for surrender terms.  He replied that “No terms except unconditional and immediate surrender can be accepted.”  (This means they had to give up and be prisoners of the Union army.)

The Confederates agreed and ended the battle in defeat.

Not all of the soldiers who fought at Fort Donelson acted bravely.  Captain Alexander G. Somerville of the 31st Illinois Volunteer Infantry was kicked out of the army for bad behavior.  His commander wrote that Somerville “in the face of the enemy, did th[e]n and there show fear and trepidation leaving his command and lying down in a hollow out of harms way, and did remain after the Regiment was withdrawn and until he was captured by the enemy (having no wounds at the time).”

The loss of these two forts was a severe blow to the Confederacy and led to the Union army capturing and occupying Middle Tennessee.  After the battles, Union General Don Carlos Buell and an invading army marched towards Nashville.  People in Nashville learned of the fall of Fort Donelson, and many became very frightened.  Some fled the city to escape the advancing Union army.  The mayor surrendered Nashville to Union forces on March 12, 1862.  Nashville was the first state capital of the Confederacy to fall to Union forces.

For more information on the battle at Fort Donelson, click here.